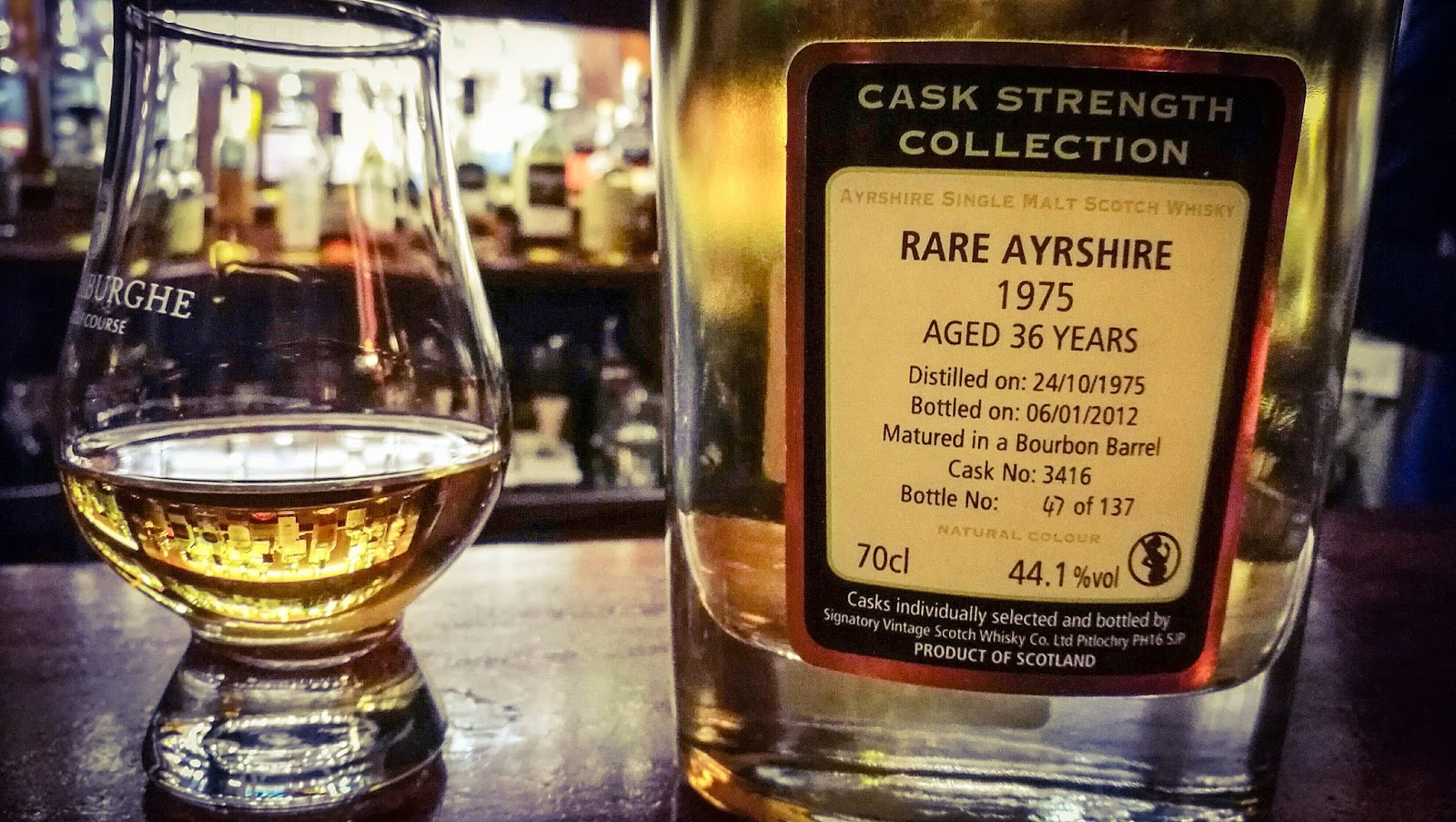 Now on paper here is a treat with the short-lived Ladyburn distillery in Ayrshire. Of course this falls into the closed distillery ranks but was in fact another of these distillery-within-a-distillery examples being situated on the site of the Girvan grain distillery, which exists today.
Girvan was only established in 1963 and from memory this was a feat of engineering having been completed in record time. Only a couple of years afterwards there was a desire to produce malt whisky on the site as well for their blends and a couple of pot stills were added to the complex. These came online in 1966 but by 1975 with the whisky Loch growing across the industry as a whole, Ladyburn as it was known closed down and was then demolished the following year.
This makes it one of the rarest whiskies bottled with the majority of releases coming from the formidable inventory of Signatory who release editions under the pseudonym of Ayrshire. Details regarding Ladyburn are very few and far between. What is established is that its malt supply came via Glenfiddich near Dufftown and it utilised two wash and two spirit pot stills. The whisky would have been laid down in the existing Girvan warehouses for maturation. Beyond this Ladyburn remains an enigma but one that does have a solid reputation for its whisky.
In recent years, William Grant & Sons who continue as owners of Girvan today and have begun to appreciate the value and interest in Ladyburn. This has also applied to Kininvie which was revived in recent years and has enjoyed a run of special edition releases.  The concept for Ladyburn came to fruition in 2014 with the Rare Casks Reserve range with their ghosted vattings which included another closed distillery in the form of Inverleven. Sadly these were blended together and thereby denied enthusiasts the more refined experience of tasting a single malt from a specific distillery. The bottling is still available, which is a reflection of its retail price rather than the quality of the contents.
This Rare Ayrshire bottling comes from Signatory and was distilled during the last year of its existence specifically 24th October 1975. Bottled at 36 years of age on 6th January 2012, it was matured for the complete period in a bourbon barrel numbered 3416. This resulted in an outturn of 137 bottles at 44.1% volume and is as you'd expect from Signatory the natural colour and non-chill filtered. This is indeed a piece of Scottish liquid history which I’m just going to consume and hopefully enjoy for you now.
Colour: a light olive brown
Nose: a lovely fresh bourbon arrival with vanilla, lemon, pencil shavings and a little cinnamon. Its a spritely fella with oily presence, resin-like and tinned pineapples. Apricots are in the mix alongside green apples.
Taste: the depth and detail on the nose isn't replicated on the palate. This Ladyburn is light, airy and sporadic. An initial burst of vanilla, then lemons with green olives kicking in towards the end, assisted by melon.
Overall: what started out promisingly soon faded upon tasting. Making this Ladyburn more of an experience than something you'll look back on with awe. Perfectly drinkable but lacking that body and substance you'd envisage from a malt of this age. I'm sure for blenders it did offer opportunities but in this guise you're not missing much at all.
Email Post
Labels: Ayrshire closed distillery featured girvan Ladyburn lowland signatory
Location: Girvan distillery