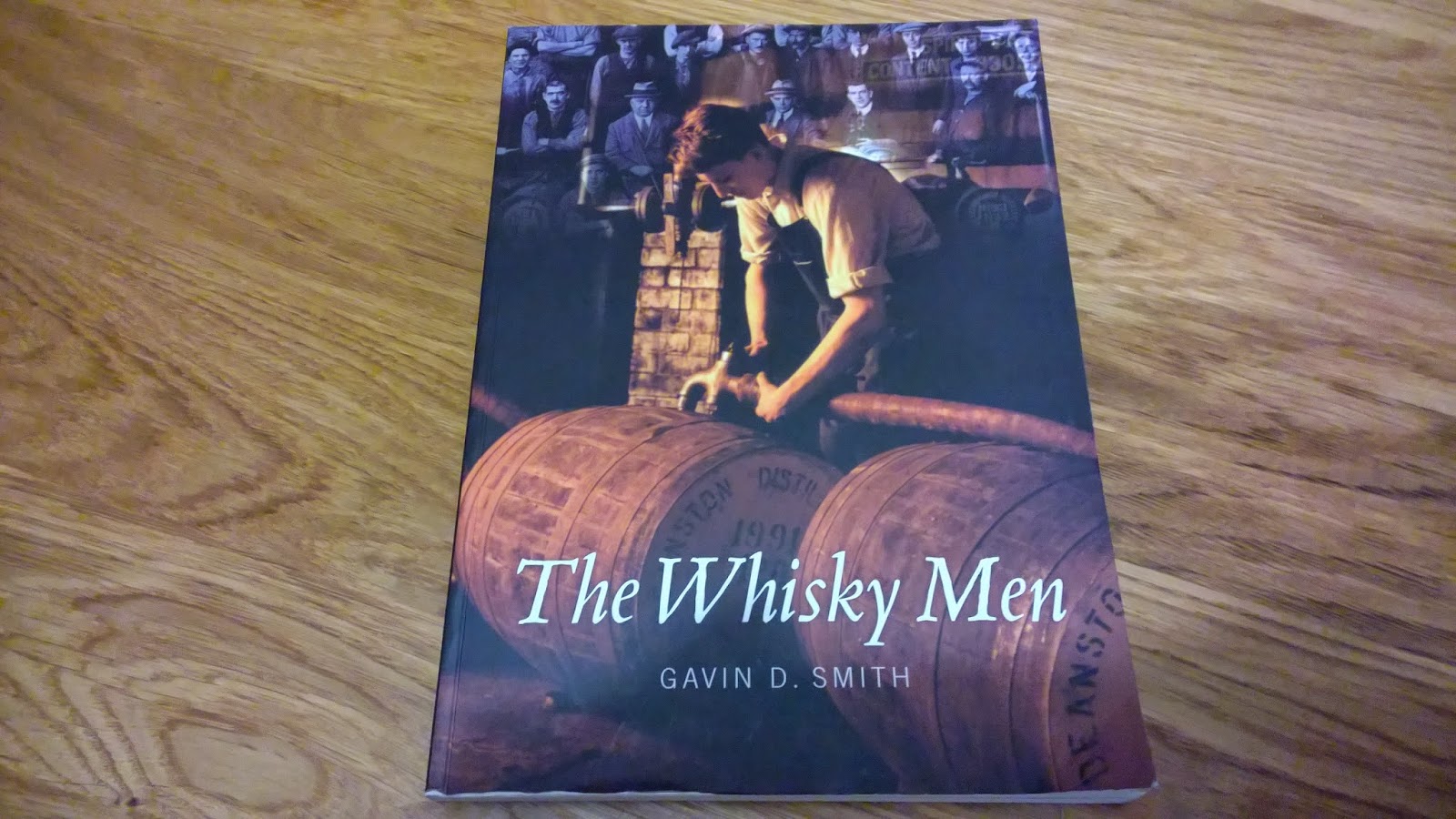 With new distilleries opening on what seems like a monthly basis now, the consideration of the visitor experience and potential revenue forms an important part of any prospecting business plan. Times have certainly changed as previously many distilleries were off limits (some remain so) and potential visitors had to make an initial approach or catch the distillery manager on a good day.
Nowadays distillery visitors can often outnumber the staff on site due to their sheer popularity and the dawn of computerised whisky. As much as I enjoy visiting distilleries, there is an essence missing as you can wander through a facility without seeing hardly anyone but the tour guide. Older distilleries that still retain period features such as Laphroaig still miss that human element that used to be plentiful years ago. Buildings stand idle and there is an eerie sense of emptiness in such distilleries. A guide can overcome many limitations particularly if they recall the old days, or in the case of many distilleries I’ve visited, simply retired from the production aspect due to old age and taken up the guide role. These guides are worth their weight in gold, with tales of mischief and hard labour united by a sense of comradery.
When I visited Glen Keith which is normally closed to the public, the manager told us that he welcomed such opportunities and encouraged his staff to speak with visitors. These knowledgeable conversations between the employee and enthusiast, he felt motivated his workforce by demonstrating how much their efforts were appreciated. I’ve found not only at Glen Keith but other distilleries as well, the men involved in whisky production will gladly field questions and tell the odd tale. These moments help break down sterile environments that many distilleries have unwittingly become.
There was a time when a distillery was at the heart of the community and one of the major employers in the area. The rise of technology, efficiencies and shareholders has put an end to such a core geographical role with the only exception being Bruichladdich that remains a major employer on Islay. This brings me to The Whisky Men by Gavin D. Smith, recommended to me by the Jolly Topper himself as the best book the writer has delivered on whisky to date. 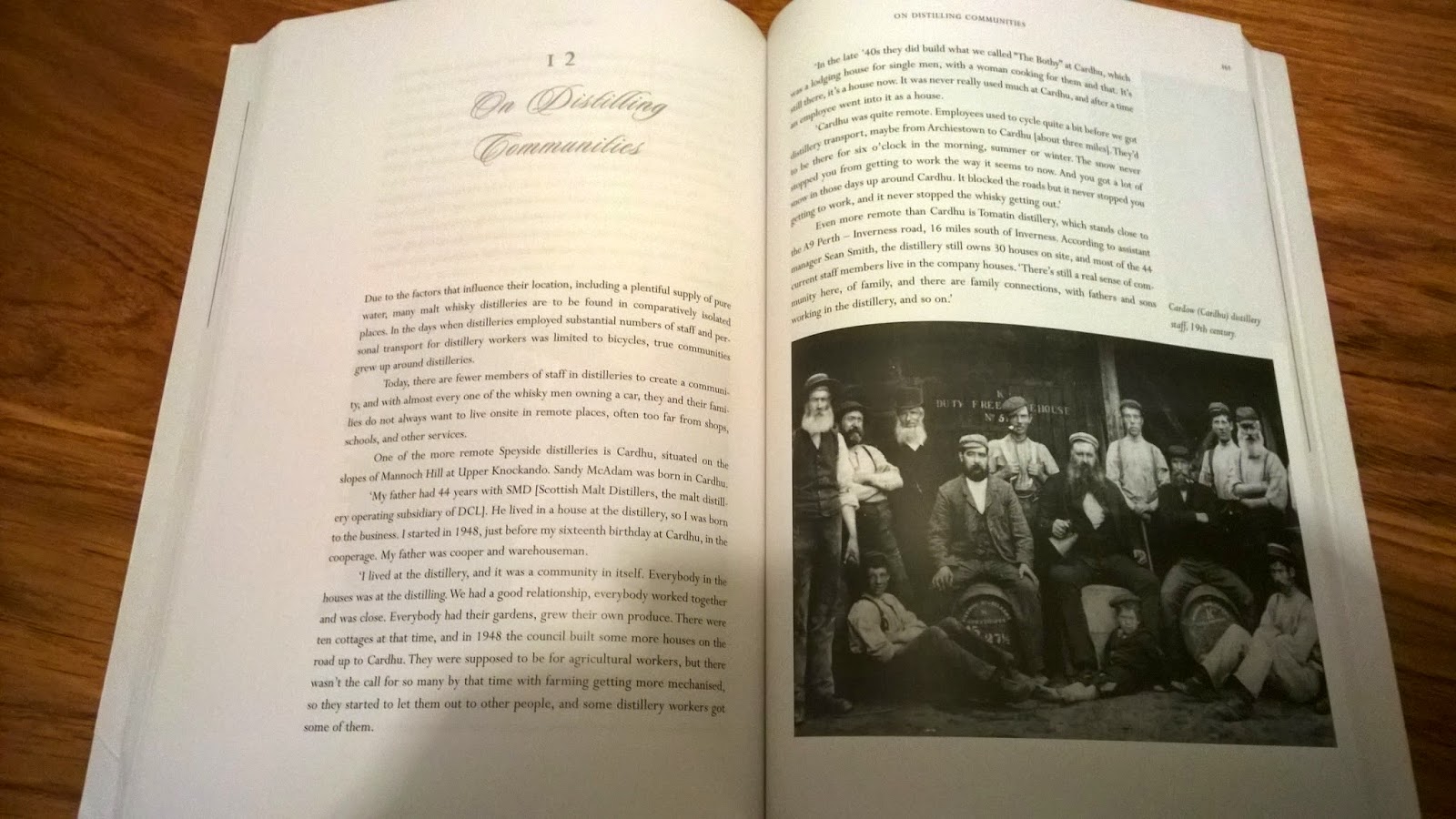 In essence this book is built upon research and interviews with those who worked at distilleries across Scotland. Unfortunately this resource is a dying breed, so we should be grateful for the work put into this publication to preserve such information. The chapters are divided into topics such as maturation, communities and the puffers.  All the roles involved in the whisky industry from designers to owners, coopers and still men are engaged and have their say and reminisce. This broad range of interviewees ensures a varied journey across the decades, with many discussing how they first started out as young apprentices and the characters they worked alongside as they learnt the job. There is a persistent feeling of the baton being passed to the interviewee generation who now it seems, as they reach their own retirement, have few candidates to pass on their knowledge to. One laments how his day was reduced to paperwork while another highlights the skill of the still man has been watered down to pressing a button.
It’s a book you can enjoy with a dram and covers a wide range of emotions particular when discussing the future of whisky, which a decade after its initial publication we’re in the midst of. There are tales of antics and an abundance of whisky pilfering through various ingenious methods. Islay and Talisker are the most remote outposts where the reach of government was very weak and therefore an official control, but on the mainland the same tricks were being applied as well.
Segmented into many chapters are exchanges between Ruari MacLeod and Jim McEwan of Bruichladdich. These two icons of whisky have a great deal of banter and knowledge of old faces amongst the Islay whisky community; its the nearest we'll come to such bar chat. A healthy assortment of photographs help the reader imagine these communities, distilleries and working environments.
In an era of whisky bibles, 1001 whiskies and dubious wannabe writers using whisky as a fad to enhance their own reputation, it is refreshing to behold a publication that will endure the test of time. An informative yet entertaining read, as the whisky from this bygone era dries up at least we'll have The Whisky Men to keep the memories alive.
Email Post
Labels: book gavin d smith review the whisky men whisky