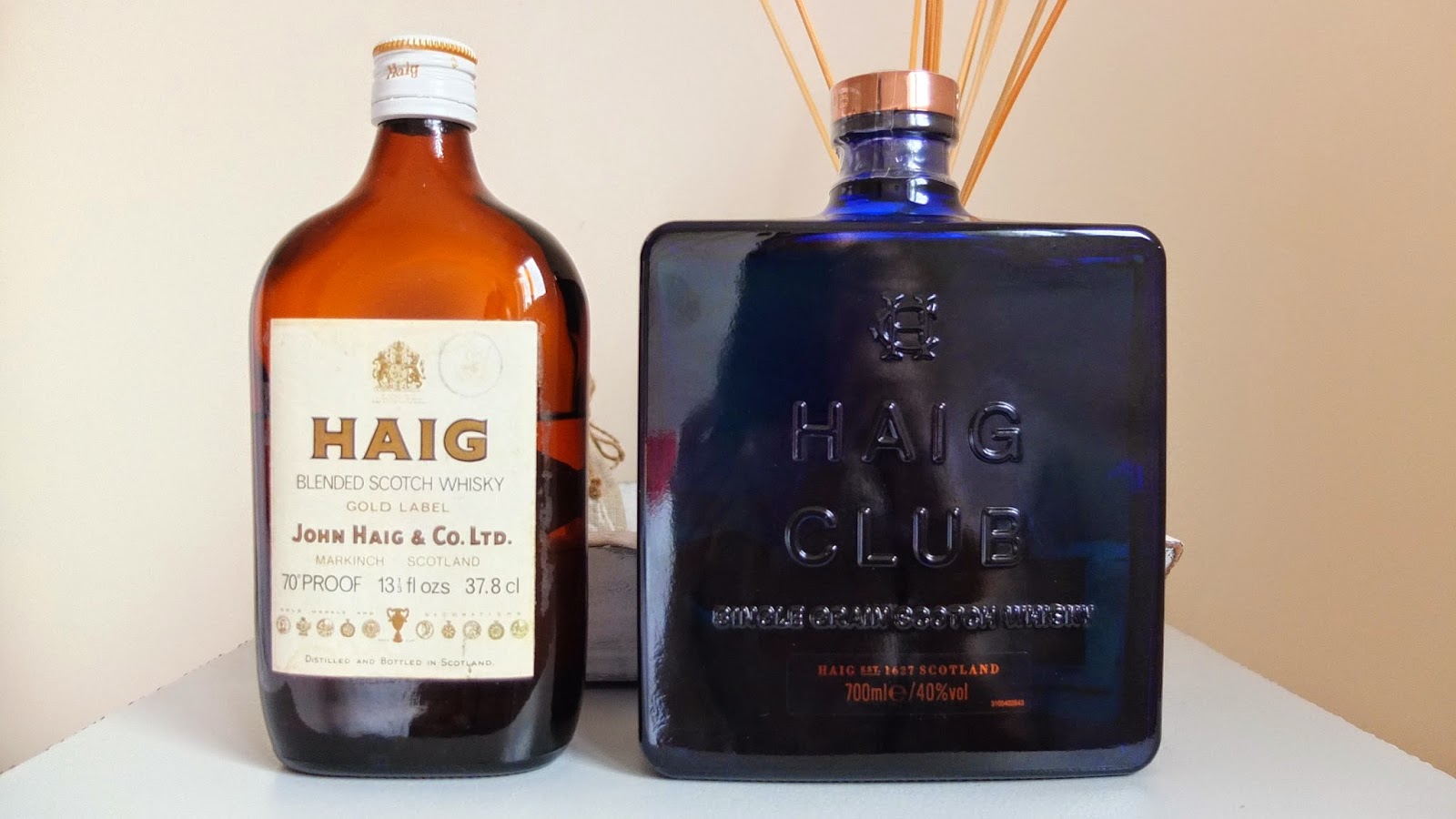 Welcome to the Haig Club. Well, just what is the Haig club? We’re about to find out at Whisky Rover.

I must admit when I first read the press release about this big reveal and the involvement of a famous footballer, I actually double checked the date. Bizarrely it wasn’t the 1st April and Diageo was announcing a new project combining one of its most historical brands alongside the backbone of the Scottish whisky industry; namely grain whisky, or in this case specifically Cameronbridge.

Aficionados will know that the Haig family built Cameronbridge distillery so there is a viable history rather than just marketing waffle. Living in Fife, I’ve never visited the distillery but have always wanted to visit a grain site with its distinctive production methods and sheer size. The timing of this launch seems apt as many commentators are discussing the increasing cost of whisky, whilst grain is enjoying a surge in publicity. 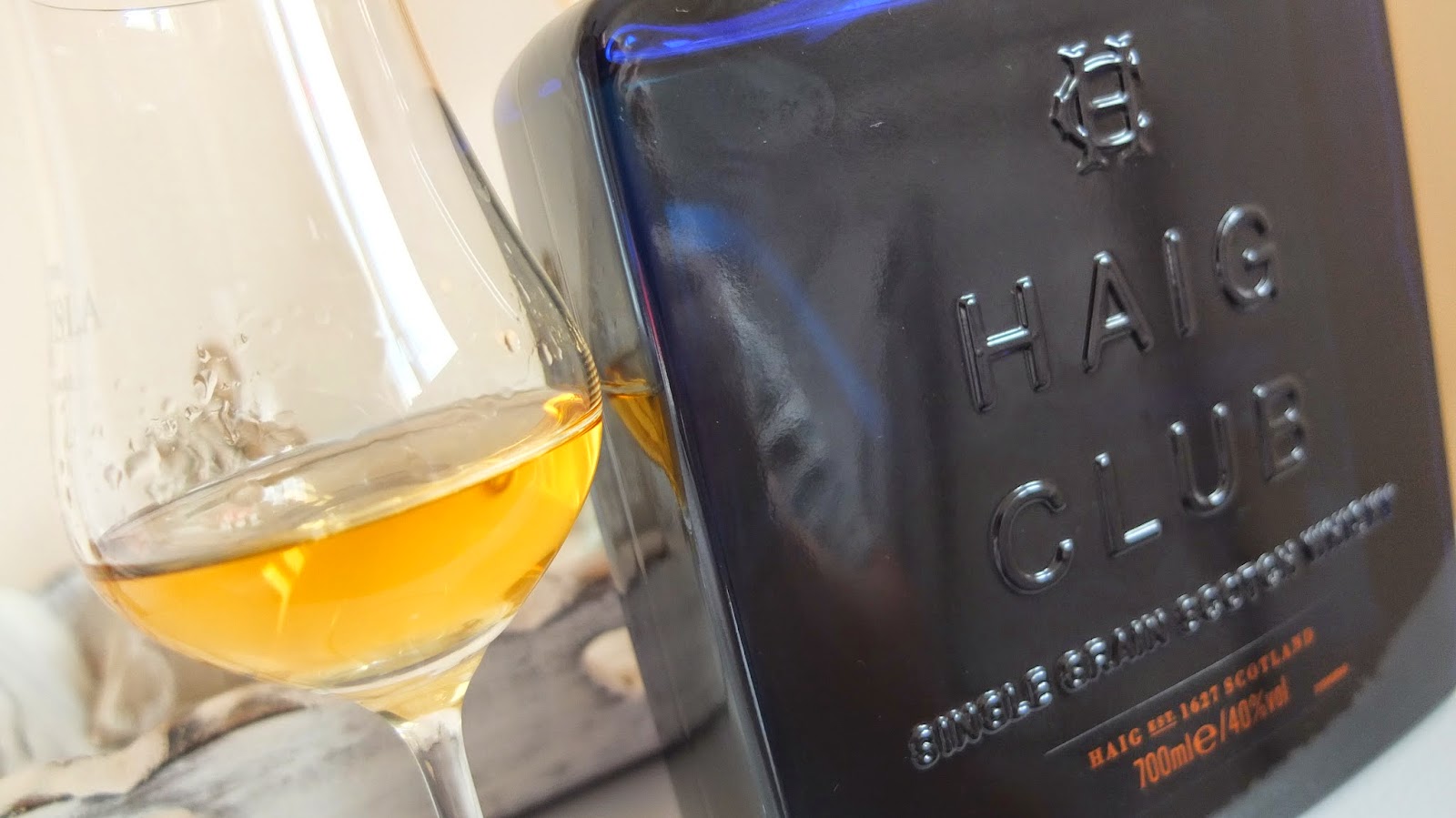 Only last month the Scotch Malt Whisky Society did a piece on grain whisky in an attempt to break down the preconceptions of those who think it is inferior. Personally, I have enjoyed some great grain releases mainly 20+ years of age where the spirit and the cask harmonise to a memorable finale. William Grant & Sons has recently upped the ante with the Girvan Patent Stills range that repositions the output of Scotland’s 2nd largest distillery to single malt prices. Are they justified? Well, I’ll be taking part in a Tweet Tasting later this month so expect more on the Patent Still range in due course.

Grain whisky has always been priced attractively with aged stock being available for prices that don’t hit the wallet too hard. With these attempts to move the spotlight onto grain are we now going to see the upwards trend in whisky prices applying even more so here? Yes and the Haig Club is Diageo’s attempt to premiumise grain with this initial Club release priced at £45. Thankfully, unlike the pending rebranded Mortlach’s this is a 70cl bottle size and dispenses with misleading terminology such as ‘rare’ and ‘old’. 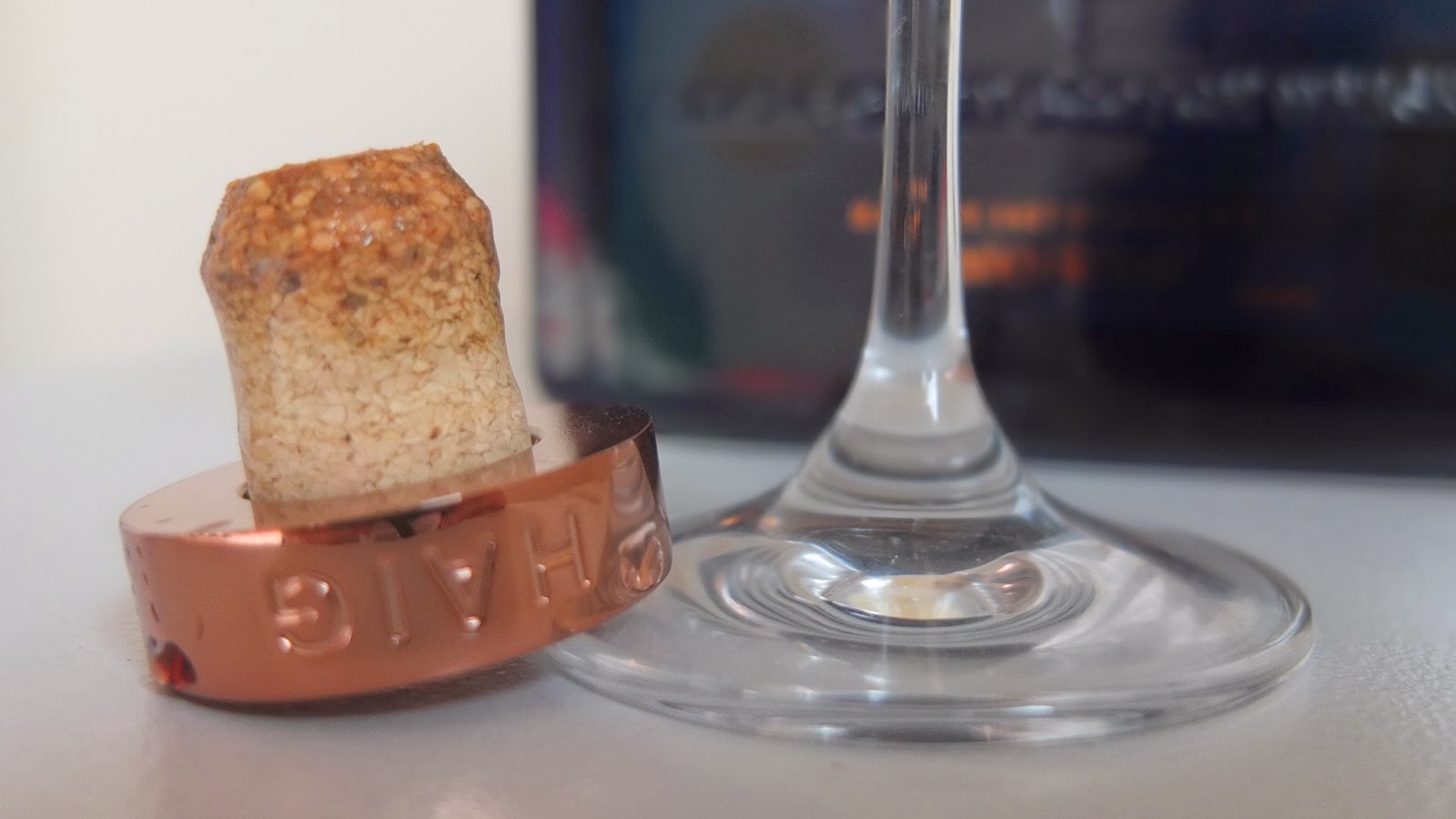 What of the packaging itself? The bottle will dominate the retail shelf with the oversized aftershave descriptions being well justified. You cannot miss the Haig Club bottle especially when backlighted yet it is restrained and with no detailed labelling or packaging, a mysterious individual. The stopper is surprisingly heavy and reassuring in the hand with a firm seal. The bottle itself is chunky and theoretically you can grasp it by the end, one handed and then pour. Anyone with smaller hands or weak wrists might be best advised to grasp both side before pouring, especially if you are seeking precision for a cocktail recipe.

Even upon purchasing the bottle upon launch, colleagues in the office commented on the design; it prompts debate and raises awareness. However there is no attempt here to educate those new to whisky. The website offers some tasting notes and mixer suggestions that tap in on the current cocktail fashion. Is this a missed opportunity? Well, the most important aspect here at Whisky Rover is the whisky itself, I’m sure I’ll find another use for the distinctive bottle, but let’s crack the fella open and dive in...

Aroma: a very sweet nose that is distinctively grain to an experienced hand. Creamy toffee almost Highland toffee, melted butter , coconut and vanilla. Insipidly smooth on the nose with no alcohol burn whatsoever and young in age. Very inoffensive and forgettable.

Taste: I'm struggling to find anything distinctive here apart from a hint of banana and the tingle of alcohol. A touch of caramelised sugar but that's your lot. This is such a benign spirit on the palate. I'm extremely surprised although in retrospect grain needs time and that's one thing this whisky hasn't been granted. Adding a touch of water fails to open up the mystery any further; a faint echo of toffee at best.

While the bottle design is growing on me, the Haig Club is very much style over content. This young grain is overpriced and you are effectively paying more for the bottle and advertising than the whisky itself. Despite tagging onto the current vogue for cocktails and mixing, what this brings to a decent whisky based concoction is debatable. Cheap supermarket blends or old Bells Decanters offer more flavour and come in at a fraction of the price. The Snow Grouse is the nearest example I can highlight and that was created originally for overseas markets and designed to be served cold - the Haig label suggests over ice.

So I'll share this bottle out and keep the empty. I use whisky in cooking on a regular basis and cannot envisage this as bringing the flavours I'd expect to the dinner table. My only thought is to use this during a grain tasting thereby showing the attendees how time can mature a young grain spirit into something memorable. The Haig Club unfortunately is memorable for all the wrong reasons.
Email Post
Labels: cameronbridge grain haig haig club lowland review taste the haig club whisky