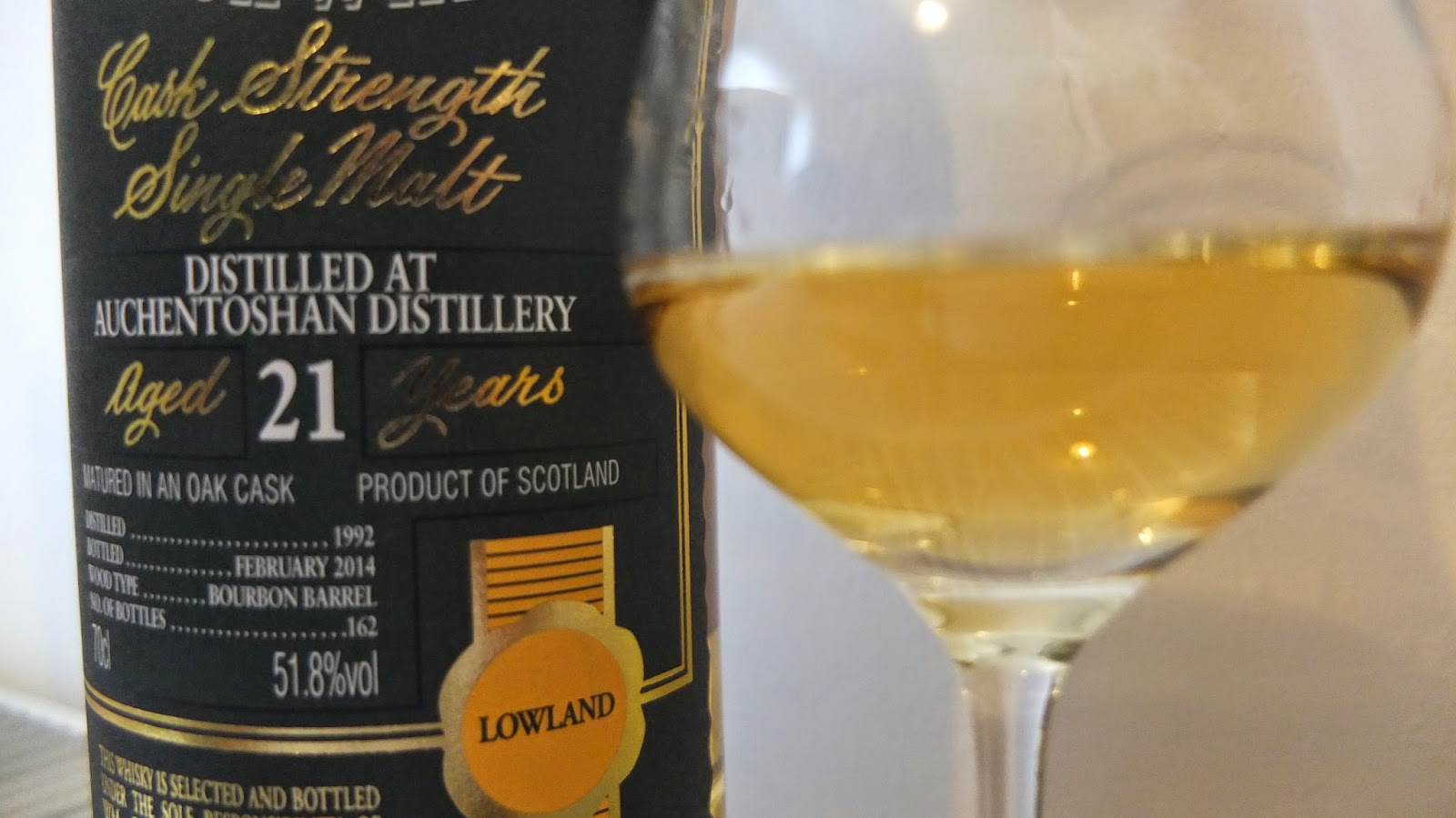 It's fair to say that Auchentoshan official releases don't receive a great deal of praise from whisky aficionados. Often criticised, but not the extent of Jura releases, the only bottle I've truly enjoyed was the 2011 Valinch.
I've been told a couple of times from those in the know that the best example of Auchentoshan is the cask strength bottle your own, available at the distillery. This sadly is not a cheap option or an accessible one by any means for most of us; then one of those whisky defining moments arrives just by chance.
Quite often finances permitting, I'll drop by the Edinburgh Cadenhead's shop and walk out with something else. Normally I'd refuse the offer of an Auchentoshan based on previous experience. Yet the staff was unanimous in their praise of this new arrival, going so far as to say this is the best they've tasted from Auchentoshan. A wee sample confirmed the validity in such a proclamation; it is wonderful stuff and one of my top drams of 2014 so far. The fact it sold out shortly afterwards confirms others were just as taken aback!
Faith has somewhat been restored in Auchentoshan and let’s face it we need all the lowland distilleries to keep the tradition going and show what they can truly produce. It really shows the value of keeping an open mind when dealing with whisky. I'd have demanded to see the bottle if this was in a blind tasting - it’s so well developed and detailed compared to the official releases. If Auchentoshan were putting out whisky like this, then they'd be setting the benchmark extremely high.
Distilled: 1992
Bottled: February 2014
Cask: Bourbon
Strength: 51.8%
Edition: just 162 bottles
Price: I actually forget now, in the £60 price range I think. Sold out. 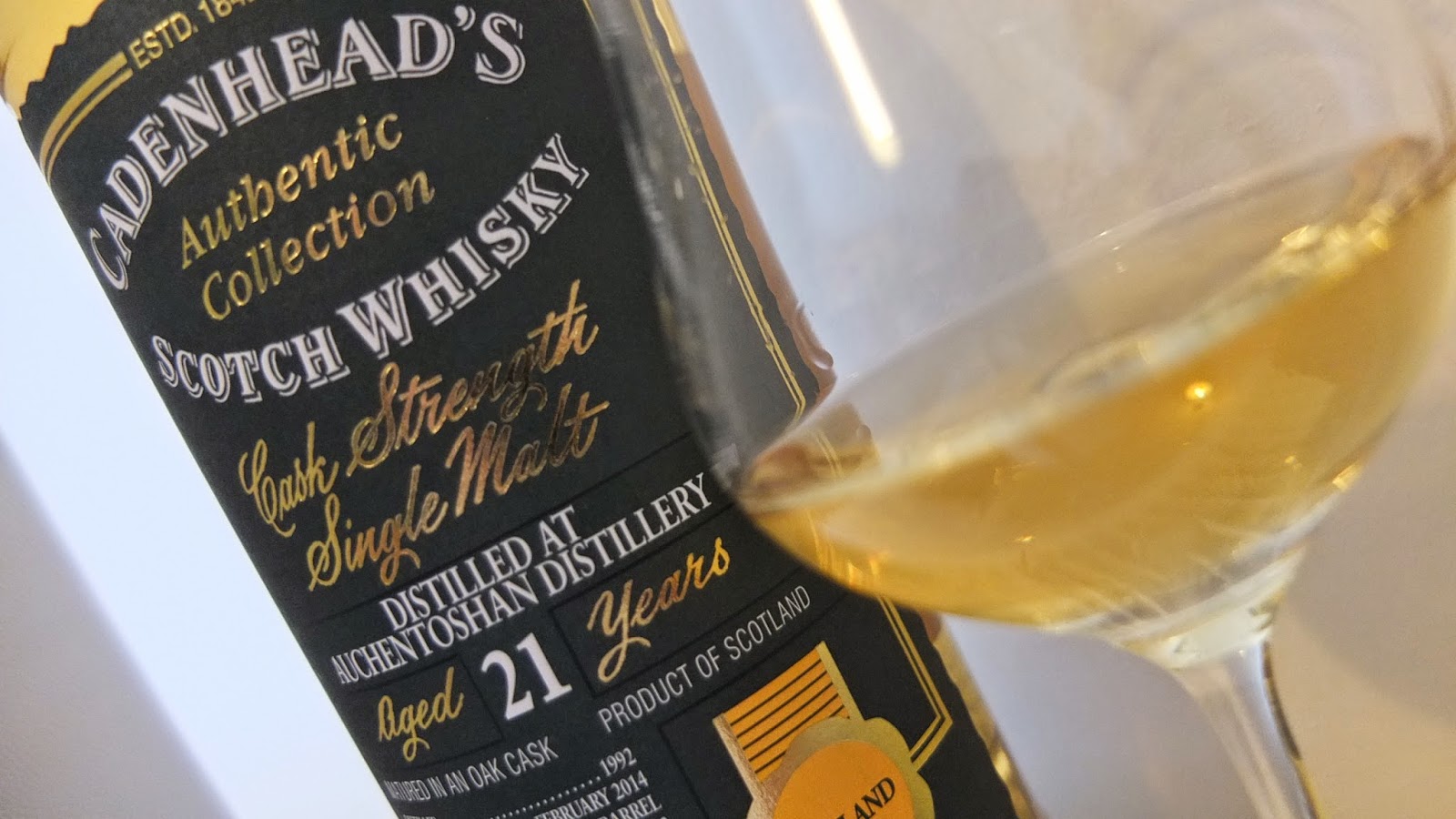 Aroma: a vast fruit meadow; squeezed apples, ripe grapefruit, creamy coconut and lashings of honey. Sweetness with vanilla foam and a touch of water brings out more floral notes; a hint of perfume and a light fragrant smell that suggests parma violets.

Taste: Sunshine if you could bottle it, citrus notes with limes and lemons, a cool refreshing breeze, some vegetative notes and buttercups with a long creamy finish.

This bottle will live long in my memory not only for the unexpected surprise but what it delivers. You may have missed out on this one but I'll give you a heads up. As part of the Cadenhead's Authentic Collection releases set for July, a 24 year old Auchentoshan is included, bottled at 52.3%. If its half as good as this younger brother then it'll be worth picking up and I'll be doing so.
Email Post
Labels: 21 year old auchentoshan cadenhead cadenhead's review taste whisky