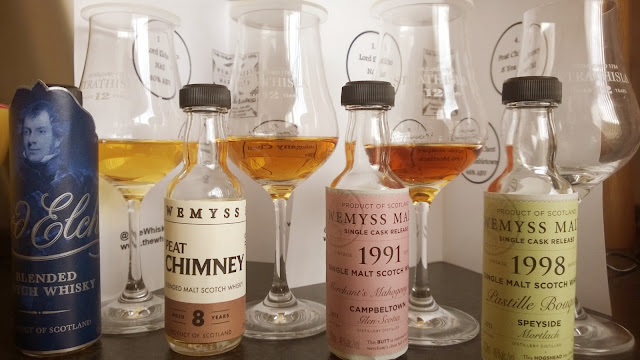 Now and again you'll find me taking part in a Twitter tasting event organised by The Whisky Wire via my Twitter account @raithrover. These gatherings provide an opportunity to experience a range of malts and releases from one provider. Last night it was the turn of Wemyss malts who have been releasing a unique range of single cask and blended whiskies for sometime now. This year their Fife distillery (Kingsbarns) will be up and running, with the first tours planned for December 2014. However rather than focusing totally on the build during 2014 they've put together a blend that celebrates a 17th century Earl.

The first dram of the night was the Lord Elcho blended Scotch whisky, which includes 40% single malt in its makeup. This takes its name from the 5th Earl of Wemyss who supported Bonnie Prince Charlie and paid the price by being exiled to France. A sad end to his campaign, but now he's back being celebrated by Wemyss in this No Age Statement blend and a deluxe 15 year edition. 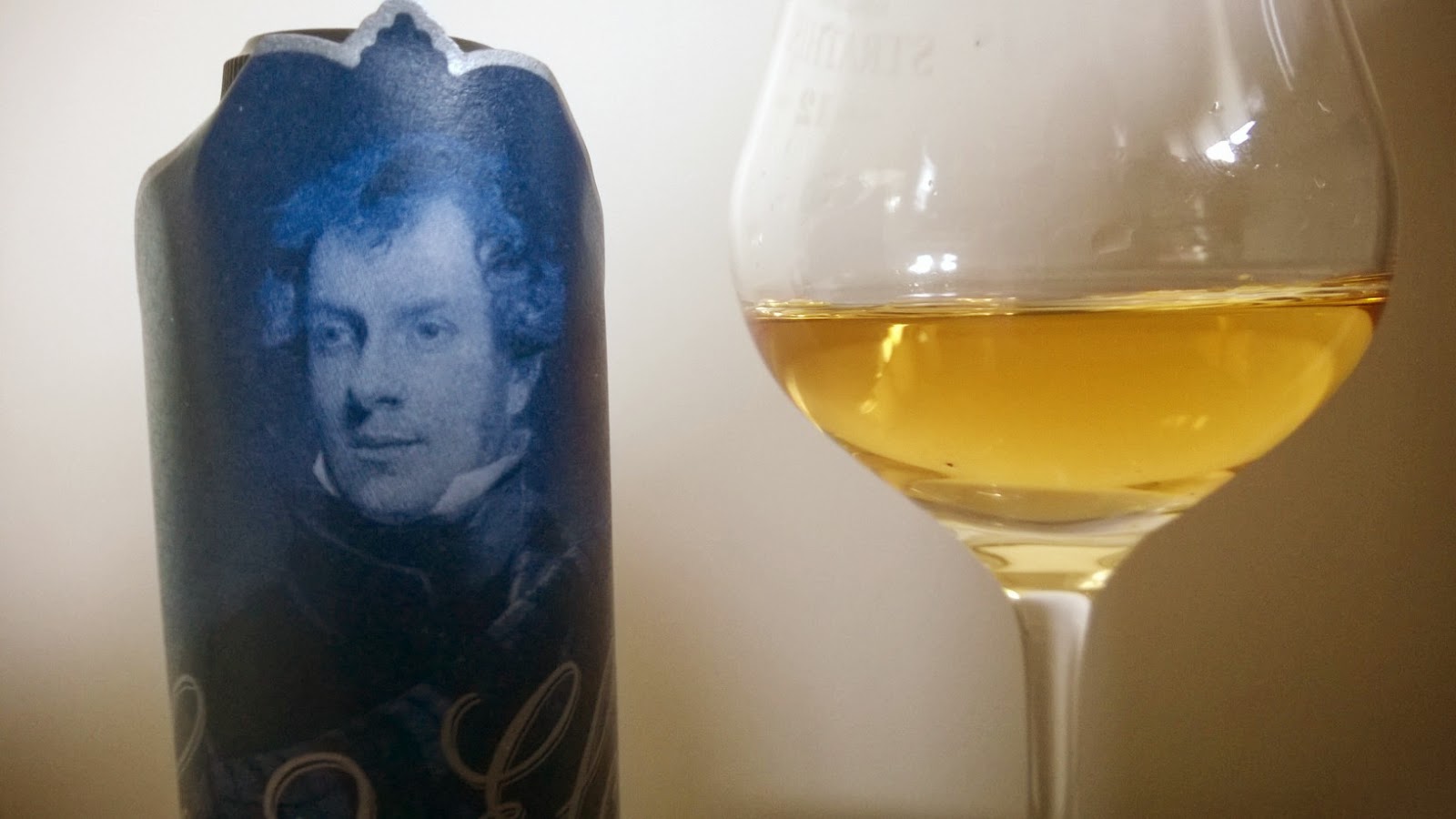 Distillery: blended Scotch whisky
Strength: 40%
Age: No age statement
Price: around £25 (expect to pay around £50 for the 15 year edition)

Aroma: Freshly made pancakes with maple syrup or just plain old sugar with a splash of lemon. A sweet buttery oily nose.

Taste: Pastry cooking note carries through, more sweet apple pie now developing into fresh toast loaded with butter and calories. A touch of ginger, stomped apple - reminds me of a Craigellachie with its refreshing characteristics. A true taste of summer before the short dry finish which is the only indication of its blended nature.

A great value blended scotch which doesn't scream 'grain!' as many do around this price level. Availability and distribution might not be comparable to other blends but search this chap out and experience. I enjoyed the remnants of a sample this evening with a couple chunks of milk chocolate and it worked a treat.