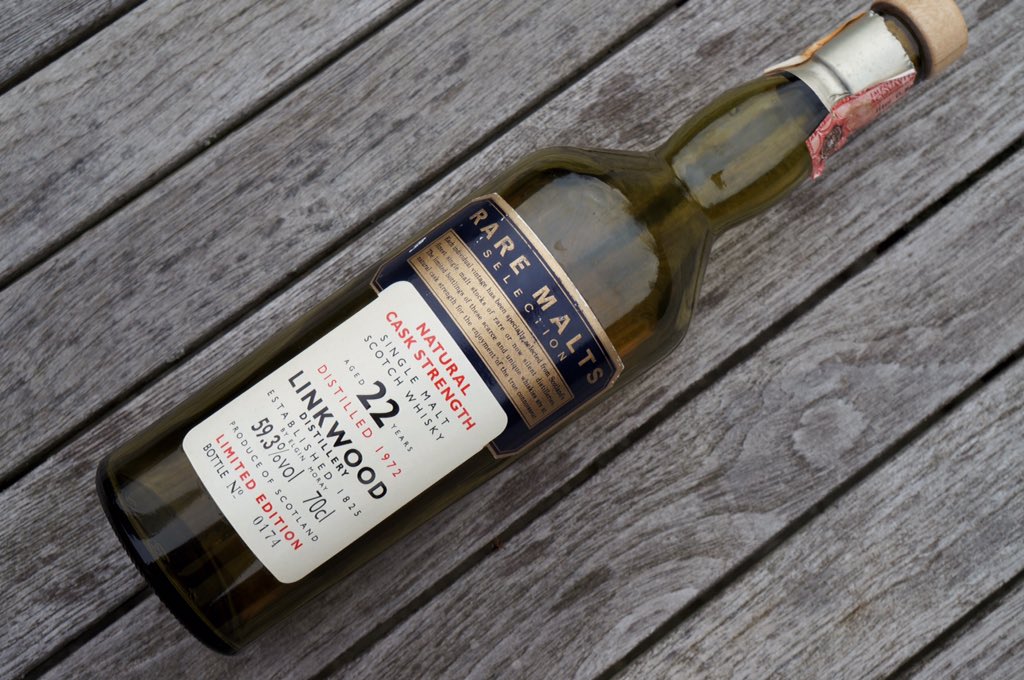 Time for a duo from the Linkwood distillery. Just please bear with me, I’ll try and make this as short and painless as possible. Yes, I know, this won’t be an entertaining Jura piece or a revelation as its Linkwood.

I’ve been harassed recently by the Dutch quarter known as WhiskyLifeStyle regarding my coverage of Linkwood which has frankly flat-lined. In essence it’s one of those distilleries that is out there and admirably supported by the independent sector, but you’ll never see me dishing out punches in a Cadenhead scramble over a Linkwood.

Owned today by the sinister and evil corporate known as Diageo – there goes my 2017 Special Releases invite – most of Linkwood goes towards supporting the owner’s blends. In essence this is mostly Johnnie Walker so in a roundabout way you’ve probably sipped on a Linkwood mixed with grain and moved on elsewhere. The most widely official Linkwood is the Flora & Fauna bottling at 12-years-old, I’m sure I’ve had it and it didn’t make much of an impression. The magnolia of the whisky world seems to resonate in my mind. The fact being you can still pick it up in most Diageo distilleries for sub-£50 with relative ease confirms my organic archive is functioning correctly.

(insert topical point about the current state of play for Linkwood)

Needless to say there haven’t been too many official bottlings of Linkwood simply because no one gives a damn. We’re fortunate to be able to sit down with another entry in the Rare Malts series with a Linkwood distilled in 1972, before being bottled at 22-years-old and 59.3% volume. Thanks to Noortje at WhiskyLifeStyle for another notch on the Rare Malt list - arguably one of the most overlooked entries - and her fine photographs. Obviously this isn’t a cheap bottle nowadays so I’m always thankful for such an opportunity and seeing these things opened harks back to what I said during my Closed Distillery & Lost Malts Tasting.

(insert funny story about a visit to Linkwood)

The other sample comes via Tom, who is well known for his tattoos of various Douglas Laing brands and his dark secret; a borderline psychotic fascination with Jura whisky. This sample from memory is one of his favourite Scotch Malt Whisky Society bottlings in the form of 39.94, dubbed An Exotic Privilege and was distilled in 1990. Bottled in 2013, it’s a healthy 23-years-old and a lighter 44.7% strength. This should offer on paper an interesting comparison to the older style of Linkwood and its modern day equivalent. 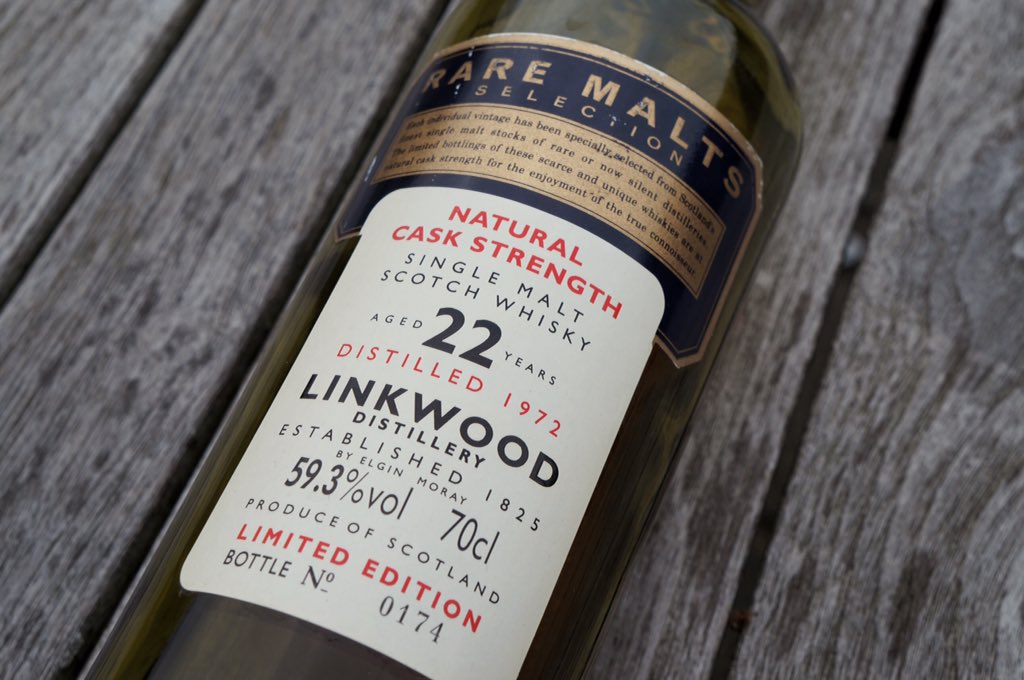 You’ll be thinking about the differences in strength for what is a comparable age? Yes, good point I suppose and we do have to acknowledge the SMWS is a single cask release and could be down to the mysteries of nature. There’s also the possibility that casks were filled at still-strength in the 1970’s whereas today the new make spirit is diluted to around 63.5% before going into a cask. I much prefer the higher strength fill gauge, but nowadays it’s all about efficiencies rather than the taste.

Rather than try to find something interesting to say about Linkwood, lets open up these whiskies and they can do the talking instead.

Colour: a baked cheese scone
Nose:  pungent and yet floral. There’s a touch of sourness in the mix as well as wine gums and a creamy vanilla nature. Plenty of apples in fact a cartload of apples with some cider thrown in as well, assisted by pear drops and barley sweets. A shortbread biscuit-like interior, thankfully not too sweet with a raw batter mix.
Taste: more apples and pears with the vanilla cream coming in towards the end, which then takes us into a syrup-like finish with a touch of fenugreek. It’s not a massive spectrum on display here. Fairly focused and very Speyside. Water delivers more of those wine gums, a touch of mint, marzipan with lemon peel and grated ginger.


Overall: you can appreciate why Linkwood makes for good blending stock. On its own it’s a little shy and awkward as a single malt. If you enjoy a Speyside whisky with a safe nature such as Balvenie or Glenfiddich, or even (gulp) a Glenlivet. Then you’ll enjoy this one greatly.

Colour: crushed almonds
Nose: a gentle arrival but one that shows great maturation and presence. Warm toffee, a hint of smoke, all-spice and milk chocolate bananas. All inviting characteristics and it continues with buttered toast and Crème Brulee in all its creamy vanilla caramelisation glory.  Water unleashed stewed apples and maple syrup.
Taste: more of that vanilla theme continues onto the palate with chocolate flakes and the char of the cask coming through. It’s tasty but I cannot help but feel it’s a little flat. The intrinsic detail has been sanded away leaving wood chippings and a Chamomile tea.

Overall: a joyous nose that overshadows the refined palate ultimately meaning this Linkwood is enjoyable if somewhat transfixed by its tunnel vision. Knowing the SMWS, even in 2014, this would have been in excess of £100 I’m guessing and a little on the steep side overall. It has just enough character left to keep your interest for a dram or two, but then you’re moving on.

So there you have it then, two well aged Linkwood’s that are nice and perfectly palatable but I’ve not been grabbed by the appendage and fallen in love. I’m sure these are just the first of many Linkwood’s I’ll be force fed here at Whisky Rover. Such is my determination to seek out new whiskies and finally discover a drinkable Jura, or a Linkwood with real character.
Email Post
Labels: featured Linkwood rare malts scotch malt whisky society smws
Location: Linkwood distillery 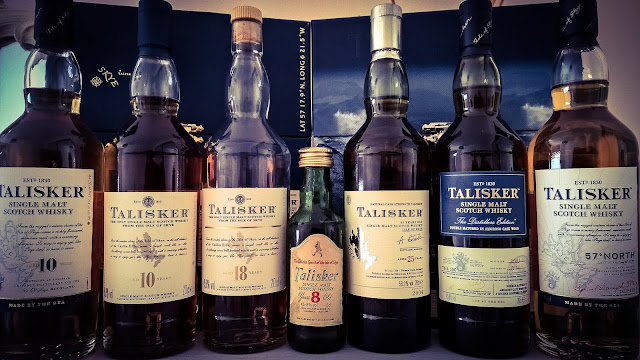