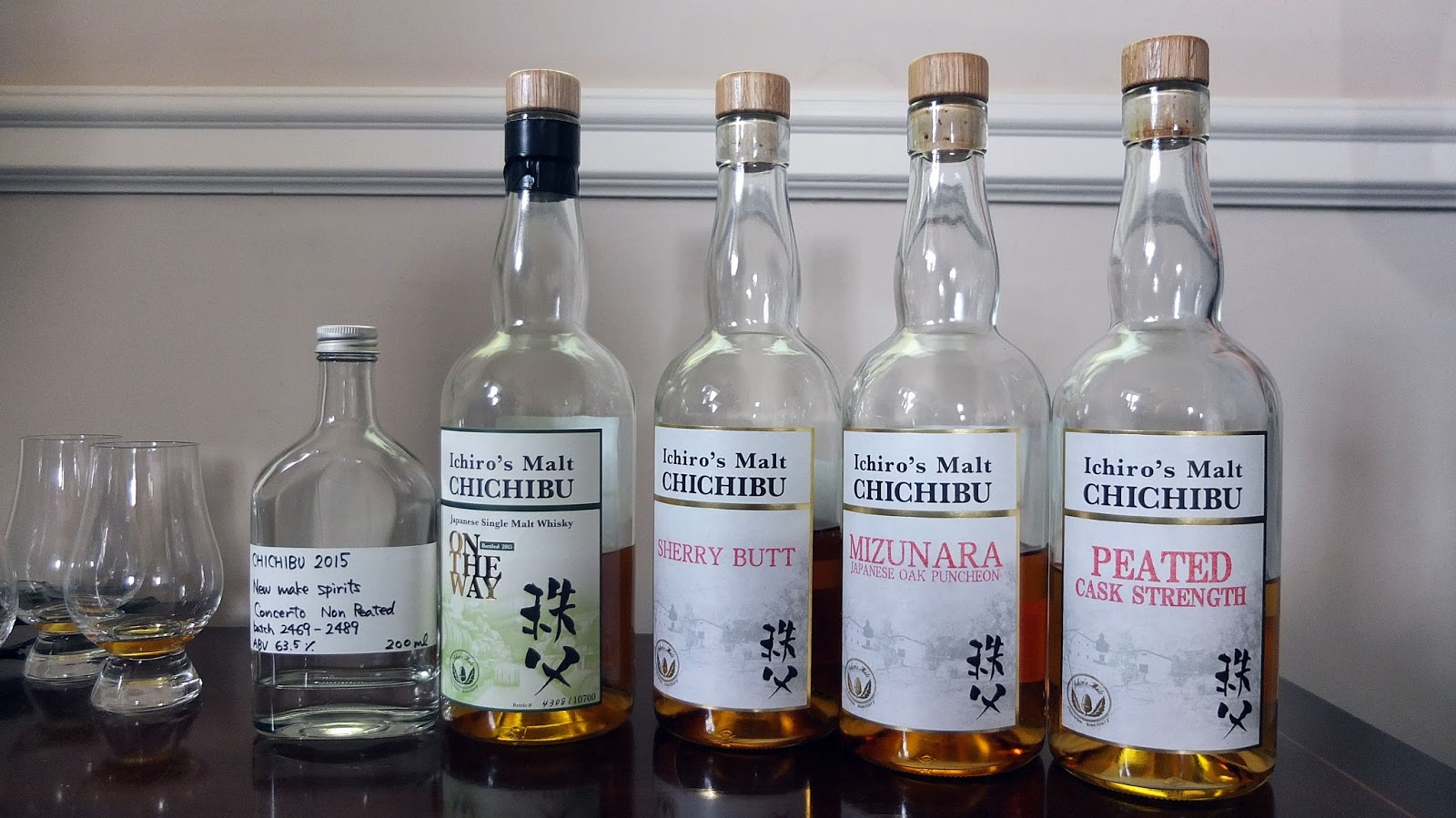 When faced with a whisky festival as diverse and infinite as the 2016 Spirit of Speyside edition it’s like a marriage. As a member of #thetormore4 we discussed the range of events upon publication and prior to the booking window. Thrust together we may have had our own favourite distilleries, preferences and events but as a collective it was compromise and the team goal of having a great few days on Speyside this came first.

The top three events were unanimous selections even with the threat of a clashing Cadenhead tasting; my sacrifice. Amongst this trio was the Everything About Chichibu event held at the Highlander Inn, in Craigellachie, and curated by Yumi Yoshikawa, the brand ambassador for Chichibu. I’ll accept there is an oxymoron quality to the prospect of visiting Speyside to attend a Japanese whisky tasting. However it’s a lot closer to home than Japan although I’d love to put that to the test one day.

There was symmetry to the event, as Yumi had previously worked at the Highlander Inn for two years. Using it’s sizeable bar whisky list and whisky-central-location to develop her own whisky experience. That is, before returning to Japan to work for Ichiro Akuto at Chichibu distillery. Ascending the stairs to the tasting room we were welcomed by a co-worker from Chichibu, and Tatsuya Minagawa, who purchased the Highlander the previous year. The Chichibu whiskies took centre stage and as the nominated driver I would have to be content with just nosing these enticing drams for now. The upshot being I could review these as part of a larger article, which you’re now reading.

The whiskies provided a flavourful context of Chichibu indeed; it was the delightful personality and presentation from Yumi that captivated the attendees. I had expected that this informative event was captured on my audio device to release online, but sadly technical gremlins have put an end to that idea. Instead we were taken through the history of Chichibu and what makes it special to so many whisky enthusiasts.

Of particular note were the videos Yumi had captured of everyday production at the distillery. These gave a real insight into the atmosphere and dedication to producing the best whisky they can. It offered the next best thing to actually visiting the distillery and taking a tour. Most memorable was the stillman tasting straight from the spirit safe and deciding when to make the spirit cut; this took a little longer than expected and involved an impressive number of tastings. The size of Chichibu was noticeable as was the young age of the team working at the distillery and their dedication. 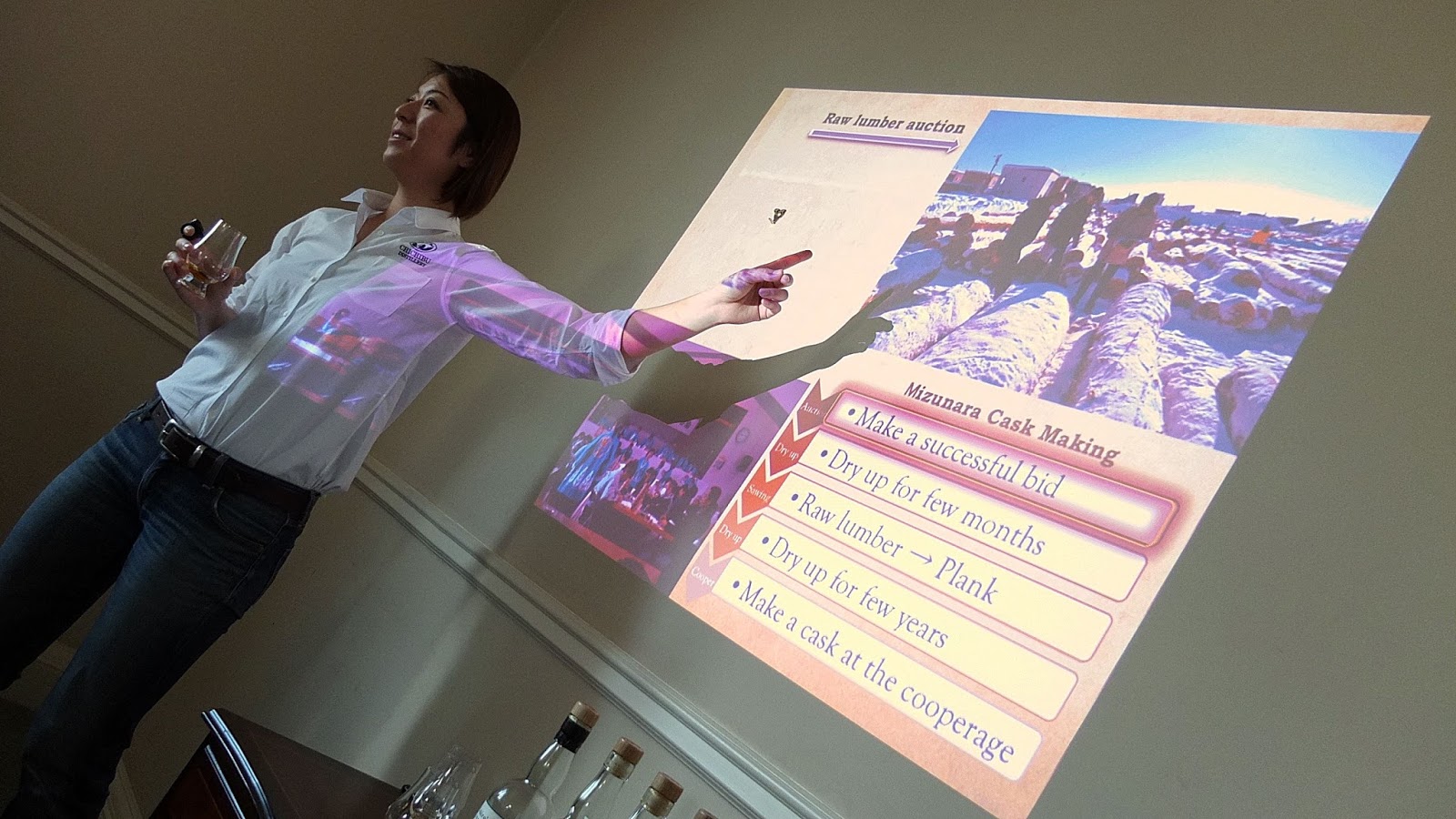 A highlight was the insight into the process that goes into acquiring Japanese Mizunara oak that delivers such a distinctive flavour profile.  This type of wood is expensive and scarce. Yumi showed us a Mizunara auction where Chichibu would bid against other Japanese distilleries and furniture makers who also appreciated the qualities of the wood itself. Flaws in the wood that should be avoided for cask production were shown and the steps Chichibu have gone to establishing their own cooperage on site. Throughout the passion for whisky whilst taking note of authentic techniques was inspiring and replicated by our Ballindalloch distillery tour experience the following day.

In-between all of this were the whiskies themselves and the bonus inclusion of a new make spirit from Chichibu. These are explored below and I’ve added a further bonus whisky review. What better way to celebrate such a fine event that went beyond the mere tasting format by enchanting the senses and energising the soul? Exactly, our group returned to the ground level and promptly ordered a Chichibu whisky to prolong the experience.

Colour: pass
Nose: very creamy and fruity with apples and peaches. Also almonds and toffee with a touch of spice.
Taste: very drinkable it must be said in this form. Less forced and alcohol-ridden than some new makes I've had from Scotland. Tangy and a zesty nature with pepper, juicy pears and a nutty aspect with a long buttery finish.

Colour: a worn oak table
Nose: more creaminess and a big oak presence matched by a dull vanilla aspect - that'll be the use of Mizunara. More buttery toffee and a youthful quality with hazelnuts, black pepper and a little ginger.
Taste:  again just a lovely creamy aspect that glides across the palate. It has a distinctive thick oily texture. A very short finish it must be said. Leathery and syrup-like qualities upon tasting. A touch of all-spice and a small batch vanilla ice cream.

Overall: as the title suggests its a work in progress and some promising roots have been established already. Very drinkable despite in spite of its youth and well harnessed and vatted.

Colour: a vibrant brownish-red-orange
Nose: massively distinctive dirty vanilla wrapped around a charred essence. Sandalwood with a creme tart. A yeasty dough perspective with pepper and a little tobacco. Apricot jam in in the mix as well.
Taste: more apricot and creamy vanilla once more. Hazelnuts and pepper, plus a spice layer of cloves and tarragon pulped together.

Overall: loved the original nose on this one and the palate is fun but somehow I was expecting a revolution. It's another string but no Hendrix.

Colour: a honey glaze
Nose: similar to the Mizunara cask in some respects but more character with cherries, ginger and an orange marmalade. Creamed corn and a fresh batter aspect.
Taste: dark chocolate, resin and pepper oat cakes. A plum jam and a strawberry jelly.

Overall: a very pleasant sherry-influence here without becoming a monster dram. Surprisingly drinkable at 60% strength and lovely example of a worthwhile sherry finish.

Colour: a sandy beach
Nose: a smoked lemon rises up from the glass followed by chalky seashells and icing sugar. A little rock salt but persistence brings out the tenacity of the wood; a dirty vanilla and pencil shavings before the vegetative decay of mossy peat returns ended with a twist of lime.
Taste: the pungent vegetative tact continues as I'm almost reminded of an earthy vegetable liquidised. Pine cones, grapefruit, spent matchsticks, liquorice and salty popcorn. Dark chocolate and a decent creamy vanilla finish.

Overall: youthful on the nose it is noticeable how swamped it is removing the strength of the alcohol. Based on the nosing I wouldn't have put this down as being above 50% strength. On the palate its amazingly balanced and full of character despite being just 3 years old. In summary just one word here being bravo!

And now for the grand finale... 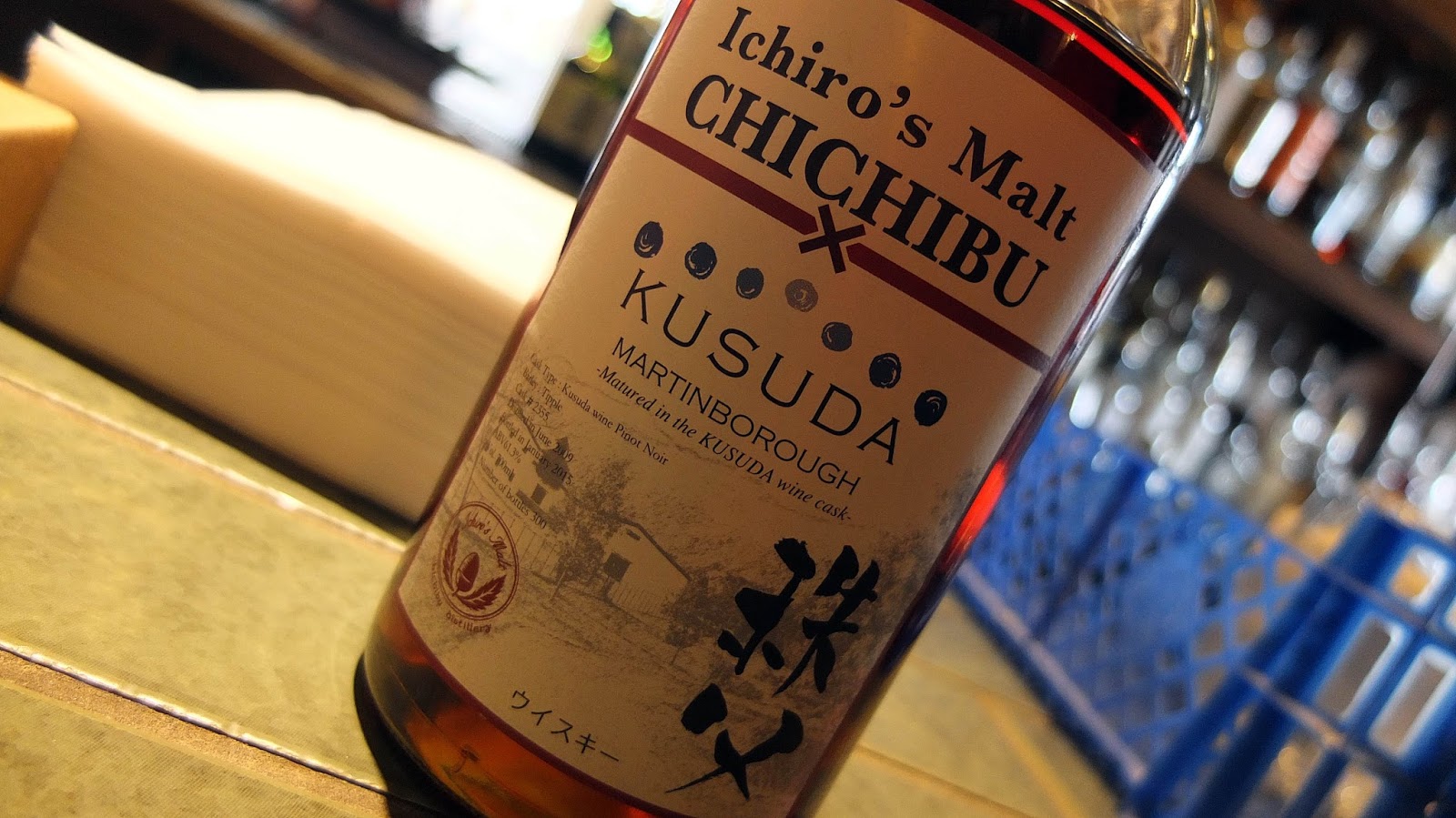 Chichibu Kusuda
matured in a Kusuda Martinborough wine Pinot Noir cask number #2355
barley tipple, distilled June 2009 and bottled January 2015 at 61.3% abv and 300 bottles. Available at the bar for £20 a nip.

Colour: a glorious ruby amber
Nose: a big reddish presence with ripe strawberries, rose petals and cranberries. Rolled tobacco out of a tin and a well worm leather book. Cherries dipped in dark chocolate. Then a meaty undercurrent which is takes me back to venison served with juniper berries.
Taste: what a rush with a red berry compote and a hefty wood influence.  It's not a rummage in a sweet shop, far from being a sweetie there's depth and variety here. A slight bitterness of dark chocolate, liquorice and some cracked black pepper. Blood orange, more cherries, cola cubes, a hint of caramel and a luxurious texture persists into the finish.

Overall: this strain of barley is mainly used by brewers soI haven't come across it before within a whisky. Researching this cask I stumbled upon the story of Hiro Kusuda a former diplomat and ex-lawyer who had a dream of establishing his own winery. He and his young family made ends meet with no income for 8 years to realise his vision. Even today Kusuda wine is a very small operation. This Japanese dedication seems like an ideal partnership to what Yumi presented us with in the Highlander Inn. Another perfect match and the whisky is a real highlight of 2016. A fine way to end a marvellous virtual and interactive tour of Chichibu and its whiskies.