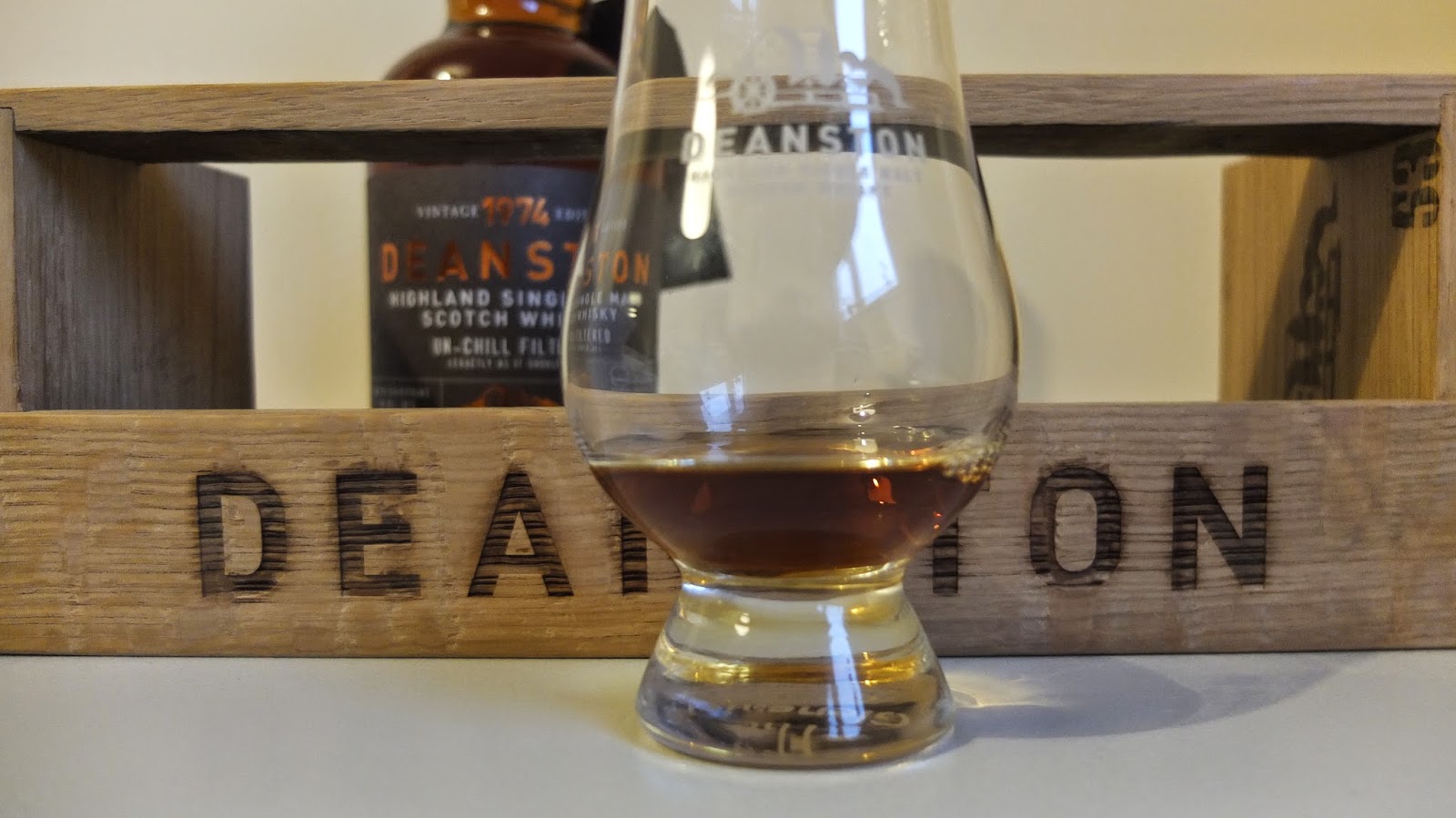 Being able to taste this 1974 Deanston is a special treat and now owning a bottle, a privilege. I’m often asked how much I normally would pay for a bottle of whisky, or what is the most I’ve ever paid. Reflecting somewhat over recent years, I don’t think I’ve moved the goalposts much, if at all, which is surprising given the rising cost of whisky today.

A bottle to open and enjoy with friends at home I’d say around £200 would be the upper limit, although special occasions can destroy this benchmark and rightly so. I have a special Dalmore that I purchased for myself for a special birthday and that set me back £900 a couple of years ago now. At these sorts of levels the bottles become almost trophy pieces, as I’m not a millionaire, but I do appreciate how fortunate I am to be able to spend a little more than someone else.

Coming in a close second at £850 is this Deanston from 1974 and bottled at 37 years of age to mark the opening of their excellent visitor centre. This bottle was bought to celebrate some recent good fortune. I’m also very respectful of what this distillery is achieving today thanks to their master distiller, Ian MacMillan, and his team. 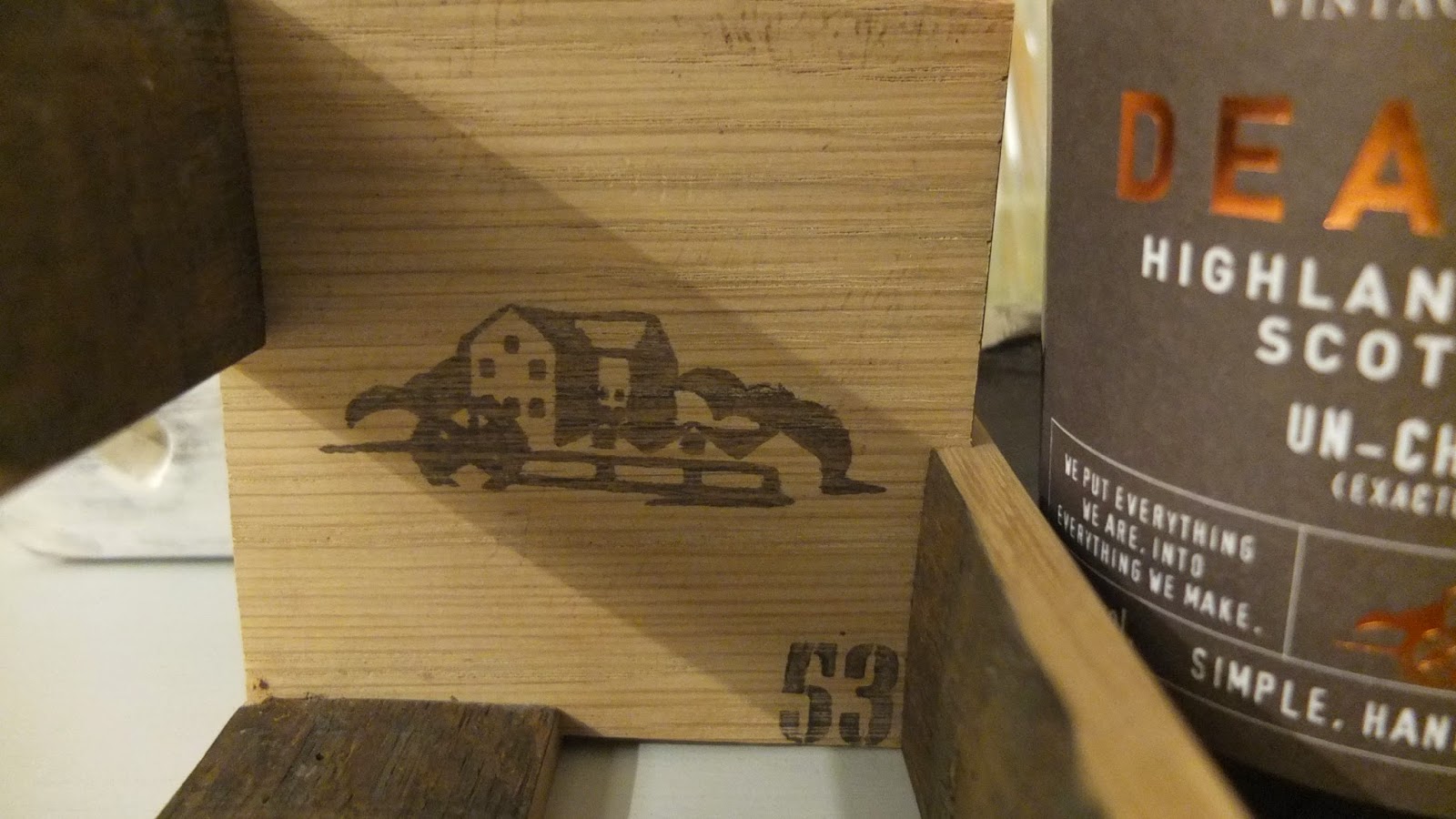 I own a cluster of Deanston bottles and every time I visited the distillery I would ponder this 1974 release of just 102 bottles. For the record, Deanston was originally a mill before being converted in 1967. Its first bottles arrived in 1971 under the Old Bannockburn name. This 1974 expression is the oldest Deanston bottled to date and offers a rare opportunity to experience an example of an early distillation, that has enjoyed a prolonged maturation in an Oloroso sherry cask in No.2 warehouse.

The modern trend is to lavishly package bottles to camouflage the disappointing nature of the whisky within or when the spirit is hovering just above the 40% threshold. The Macallan are masters of packaging, often creating pieces that are impractical or suffer from design flaws that only come to light once released. Others, such as the Glenmorangie 25 year old, come in a combination of boxes that felt as if I was opening a Russian nesting doll and not a bottle of whisky.

In comparison this 1974 Deanston is a perfect example of restrained packaging whilst retaining the sense of craftsmanship that the distillery prides itself on. A snug box made from cask staves has been fashioned to hold the precious liquid whilst allowing onlookers a glimpse of the bottle. One of the staves features magnetic locking to complete the surround effect. The wood has been branded with the distillery logo, name and what I presume is the bottle number is also branded into the floor of the box. That’s your lot for packaging, with bubble wrap utilised to ensure a safe journey home. 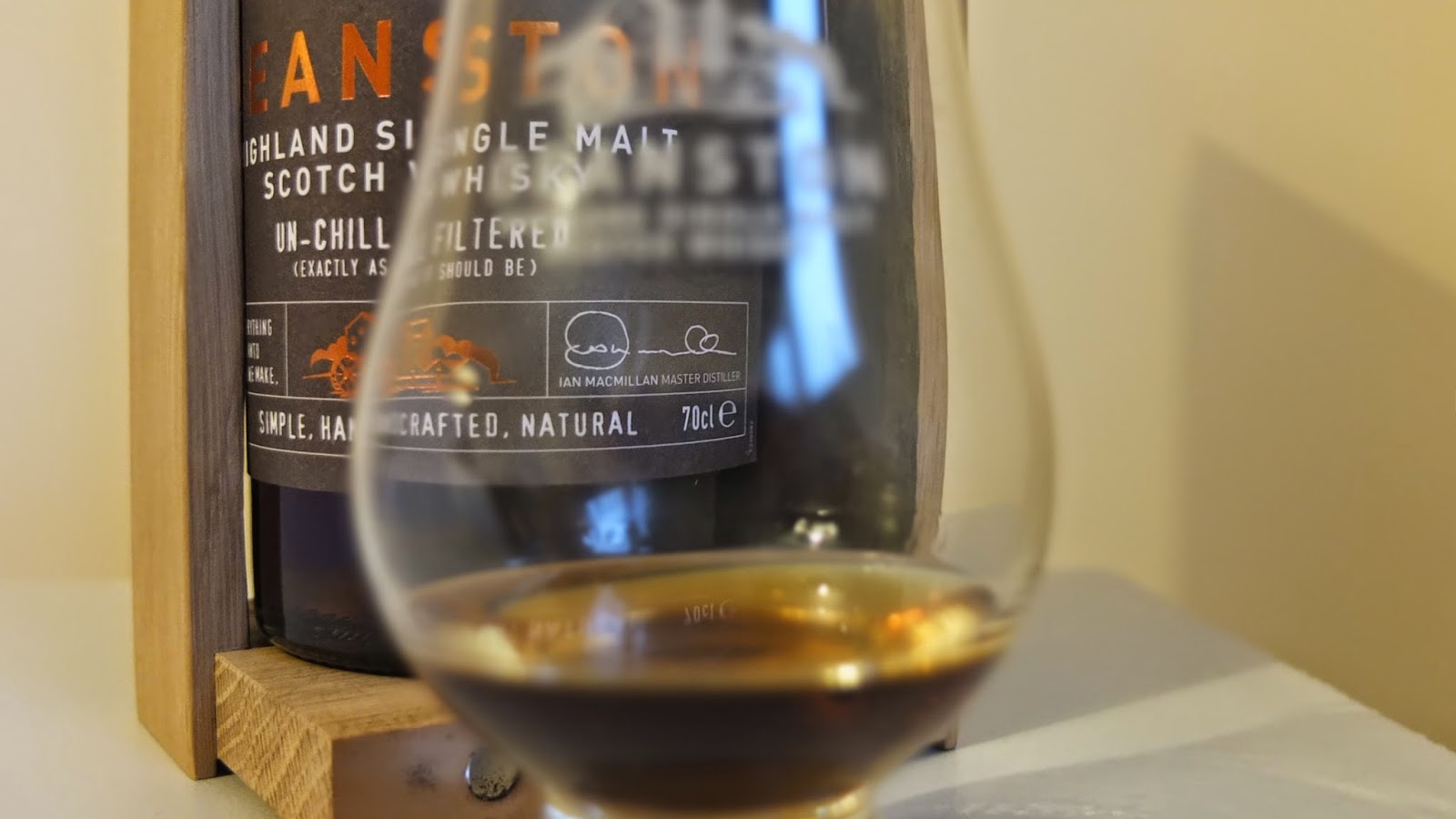 What I also like about the piece is the fact the bottle could easily sit amongst the core and distillery exclusive ranges and look at home visually. This release is as stripped down and unassuming an expensive bottle as I’ve seen. To go back to my earlier example; I can only image what the marketing bods at Dalmore would have done with the cask and the price!

Whilst it is difficult to justify the cost of such whiskies in many eyes this Deanston does represent value when you consider the Bunnahabhain 40 year old expression with its bespoke packaging and an outturn of 750 bottles costs £2000. By all accounts there’s less than 10 left of this never-to-be-repeated Deanston expression left. 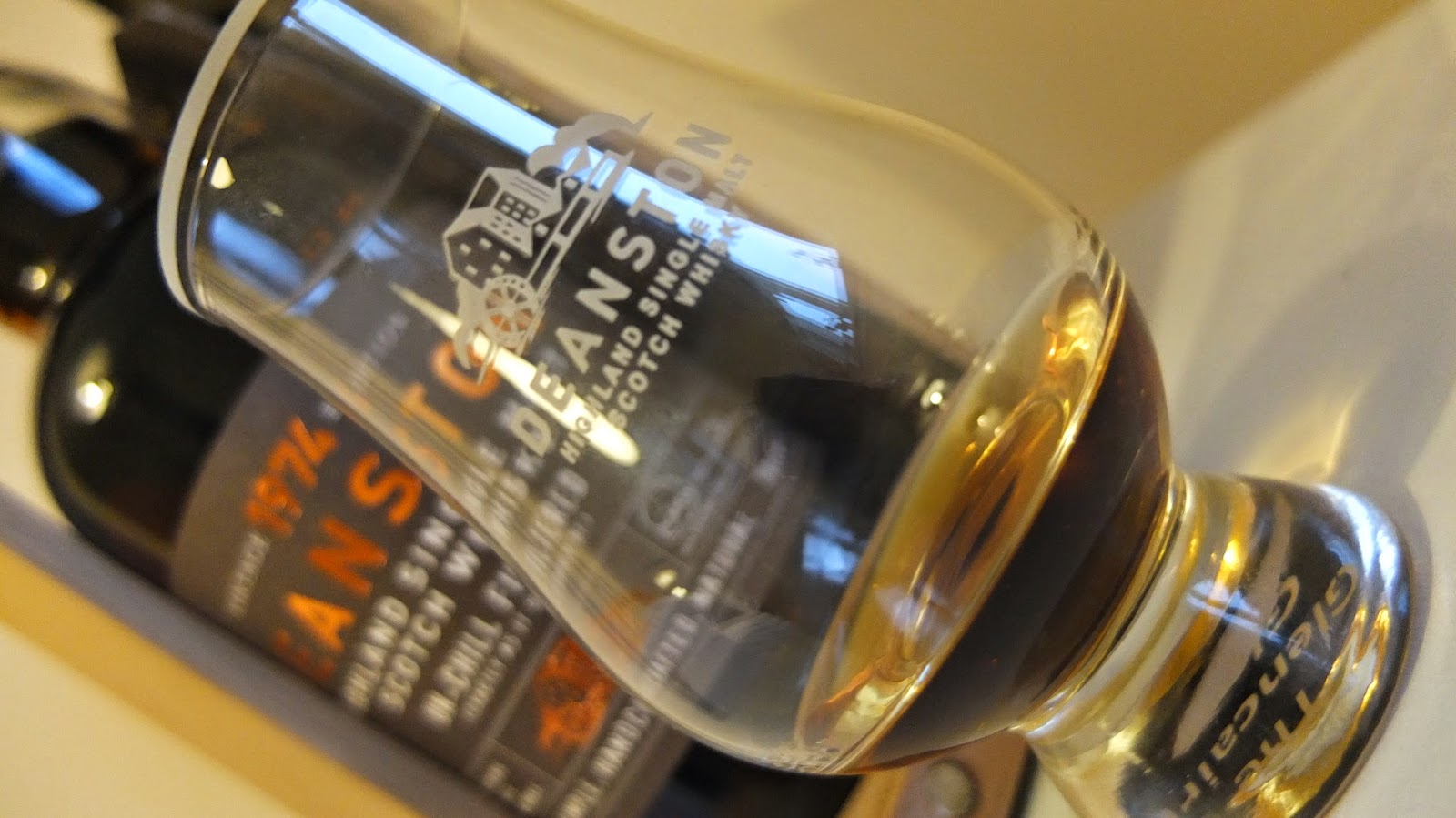 Nose: to summarise in just one word - wow! A richly, hugely complex nose that highlights what whisky can achieve with a great sherry cask as a companion during maturation. I spent literally an hour plus nosing this tremendous whisky and it kept me enthralled throughout the journey. A word of advice for anyone picking up an older malt; give it time in the glass to relax and open-up.

I recently watched a whisky video review where a very old malt was opened from its sample container, tossed around in a glass and then tasted. I had to restrain myself from shouting abuse at the television. These whiskies have waited patiently for generations to reach this point, so please show them some respect and consideration. Remember a little goes a long way with such vintages.

Taste: it's like an old 60's sherry Macallan just full of flavour and that rusty nail characteristic. A richness of dark Muscovado sugar matched by tablet, waxed leather, vanilla and blackcurrant jam. Then a sustained finish with a roasted coffee essence and ginger returning to dramatic effect.

It's amazing what a little preparation can achieve as I had tasted this during my recent Halloween tour at Deanston, but my palate was shot from a couple of drams and lunch. Now in the relaxing and familiar surroundings of home, with my senses refreshed, I can fully appreciate what this delivers and it is tremendous. When folk ask me about some of my favourite malts, I'll have to add this one to the discussion.

So you may ask would I pay £850 for a bottle of this again? There are few whiskies I've experienced that would warrant such a price, but yes, I would place this 1974 Deanston on that exclusive list.
Email Post
Labels: 1974 deanston distillery exclusive oloroso review sherry butt taste whisky
Location: Deanston, Doune FK16, UK