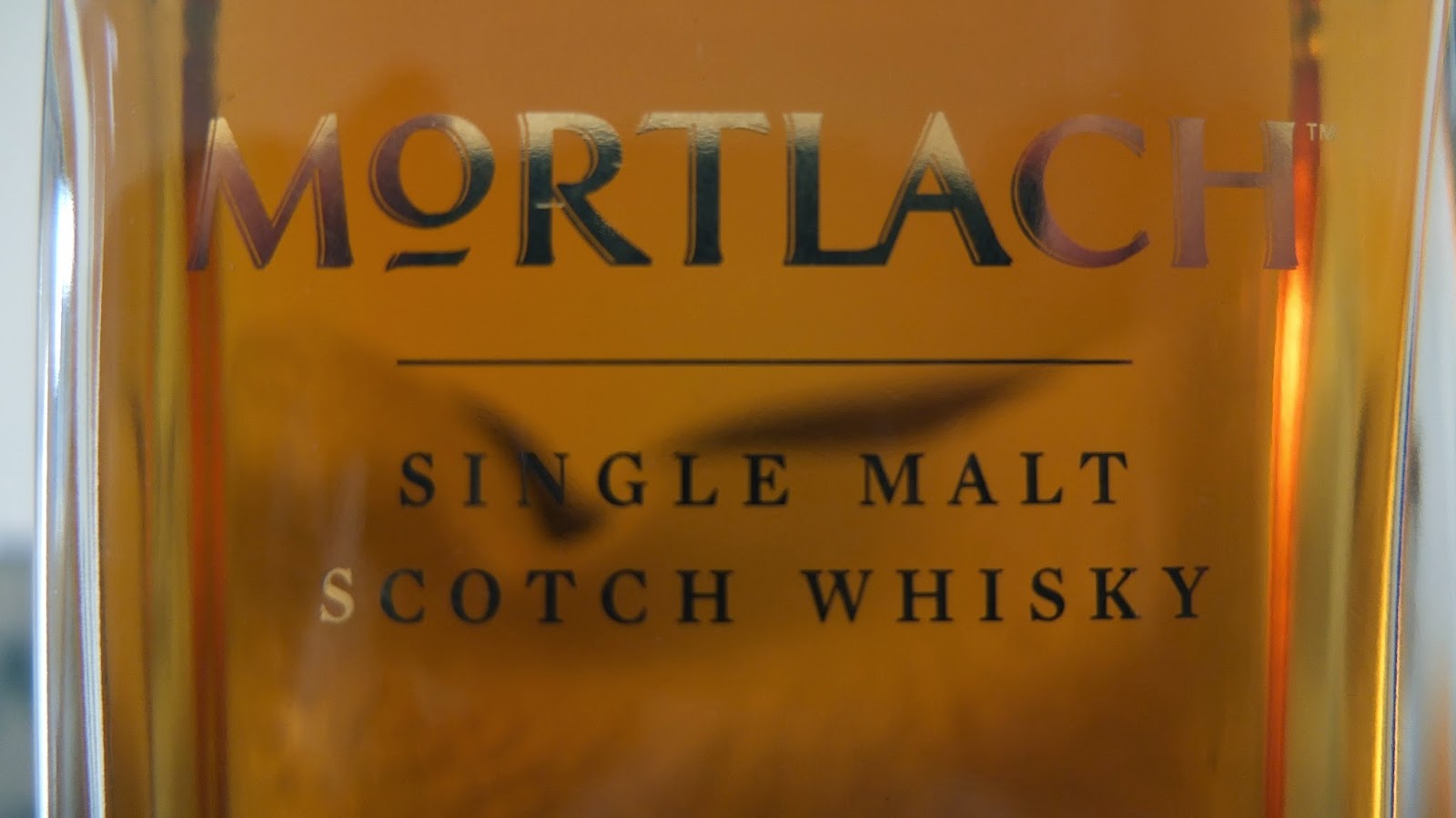 After much pomp and ceremony the new range of Mortlach’s have finally arrived as Diageo rebrands the distillery as part of its premiumisation. An interesting sidepiece if you currently put ‘premiumisation’ into Google, the top hit is a Diageo marketing presentation slideshow all about the approach here. It is worth a browse as it explains the concept and potential gains to a company from such an adjustment.
Firstly, I’d like to lay my cards on the table, as I’ve been (as have others) critical of this approach by Diageo for a trio of reasons, namely:
1.       The use of misleading terminology such as 'Rare' and 'Old'.
2.       The dwindling bottle size from a standard UK bottle of 70cl to a modest 50cl (not an issue for those in North America fortunately)
3.       With point 2 in mind, the pricing has increased, so in essence charging more for less.
The time has now come to finally put the pieces of the jigsaw together with the retail launch of all 4 bottles in the range, or any day now hopefully. Only now can we see the true vision and purpose of this rebranding from the packaging right through to the whisky itself. We can truly see if the hype is justified and if the new pricing strategy is aligned with the most important aspect of all; the whisky experience. The launch is overdue being originally positioned for July 2014, we've been kept waiting, although Georgie Bell (Mortlach Ambassador) has certainly been busy navigating the globe via premium/luxury events. I've finally tracked down a bottle as the launch seemingly was delayed and bottles indeed being 'rare' on the shelves.

Whisky Rover (WR) will start with the entry level Mortlach. I intend to purchase 3 of the 4 releases in this range to give an unbiased opinion of the whisky. I’m sorry the omission will be the 25 year old that is more illogically priced than its cohorts. Honestly I’d rather put that money towards a cask or several other bottles, or take for instance Cadenhead's are selling an excellent single cask Mortlach for just £90 as I write this. I’ve never approached Diageo for samples and I have no intension of ever doing so. 95% of what is on WR are my purchases, out of my own wallet, which liberates me from feeling some ill-judged reliance on pleasing marketing types by not biting the hand that feeds. There are no such ties or obligations here. If something is great then I’ll say so, and if it is absolutely rank I won’t shy away from stating that either. Go take Google for a spin regarding the recent Haig Club whisky to reveal the culprits of what is a particularly benign and forgettable drinking experience. Regulars will know I’ve stated the obvious above, but just in case that’s the way things are. There isn’t my full-time job nor do I want it to be. There are no advertisements as I seek no income from this site. I’m like most of you reading this now - I just want to spend my hard earned spare cash wisely on a decent and enjoyable bottle of whisky. Mortlach is moving into the 'luxury connoisseur market' where knowledge about whisky potentially is more limited generally so it is important to truly educate these new consumers about what they are purchasing.

I should briefly mention the 50cl containers in this new Mortlach range. Each of the bottles has experienced a reduction in size equating roughly 28.57% over the standard UK 70cl size. I have shown the approximate 70cl equivalent pricing in brackets so you are able to make a realistic comparison against other potential whisky purchases:
In North America they are roughly paying the same as UK customers but receiving a much bigger bottle. Funny that, how a Scottish product is actually cheaper elsewhere.

So we will be kicking off proceedings with the entry level Rare Old Mortlach. The naming of this is particularly annoying as it is a No Age Statement (NAS) whisky therefore it is not rare or indeed old. This example in reality will be made up from younger Mortlach’s with some sophisticated engineering/blending to hide the limitations of the younger spirit. This could indeed include older whiskies but the overriding percentage of the blend will be youthful. Pictured below is the Mortlach Rare Old beside a bottle to illustrate what the general masses (including me) consider is the true  meaning of 'rare', a 1950's Dewars White label spring cap blended whisky: 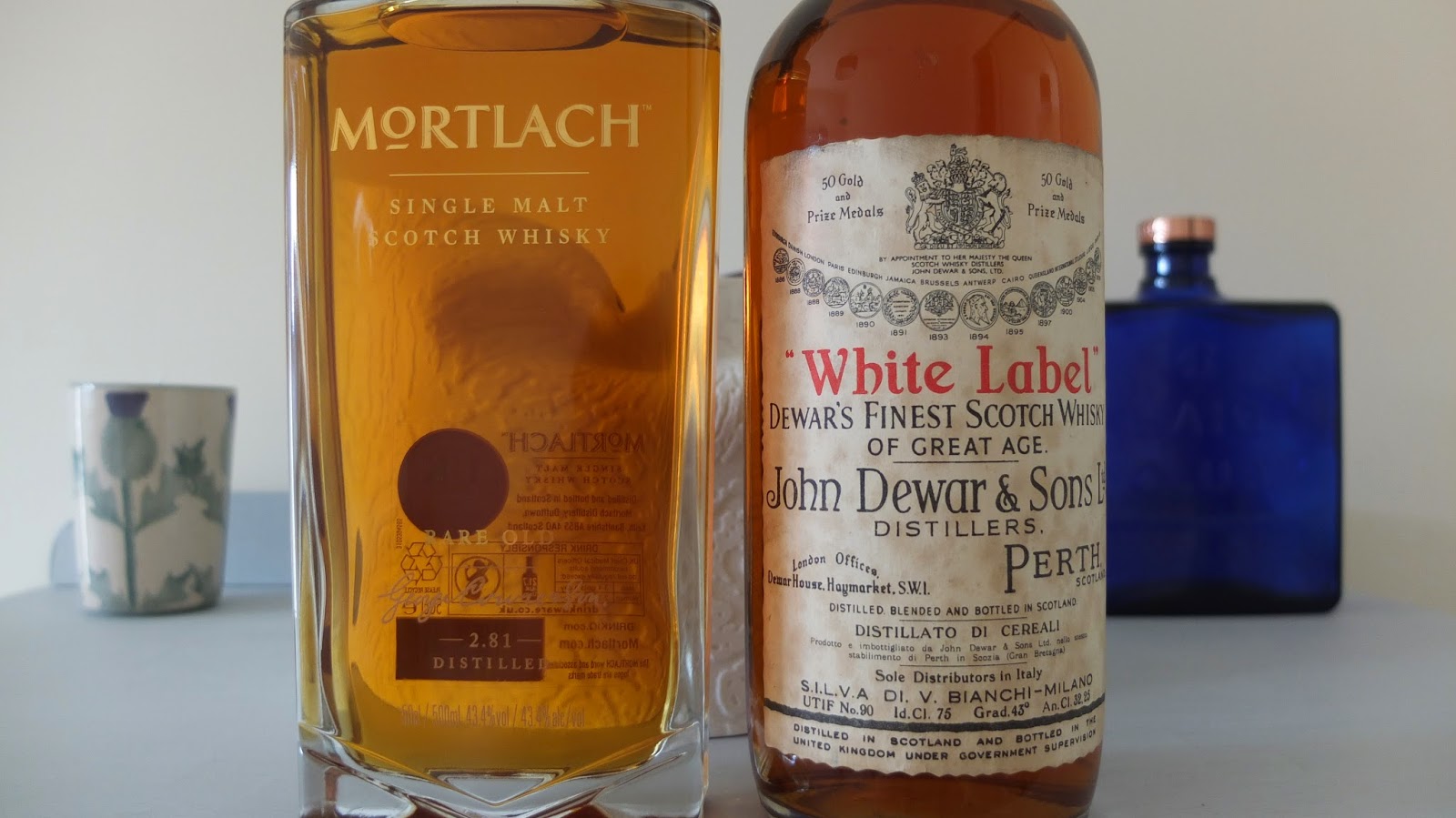 and here is another comparison to define what 'old' means to the average consumer, a 48 year old Glenlossie: 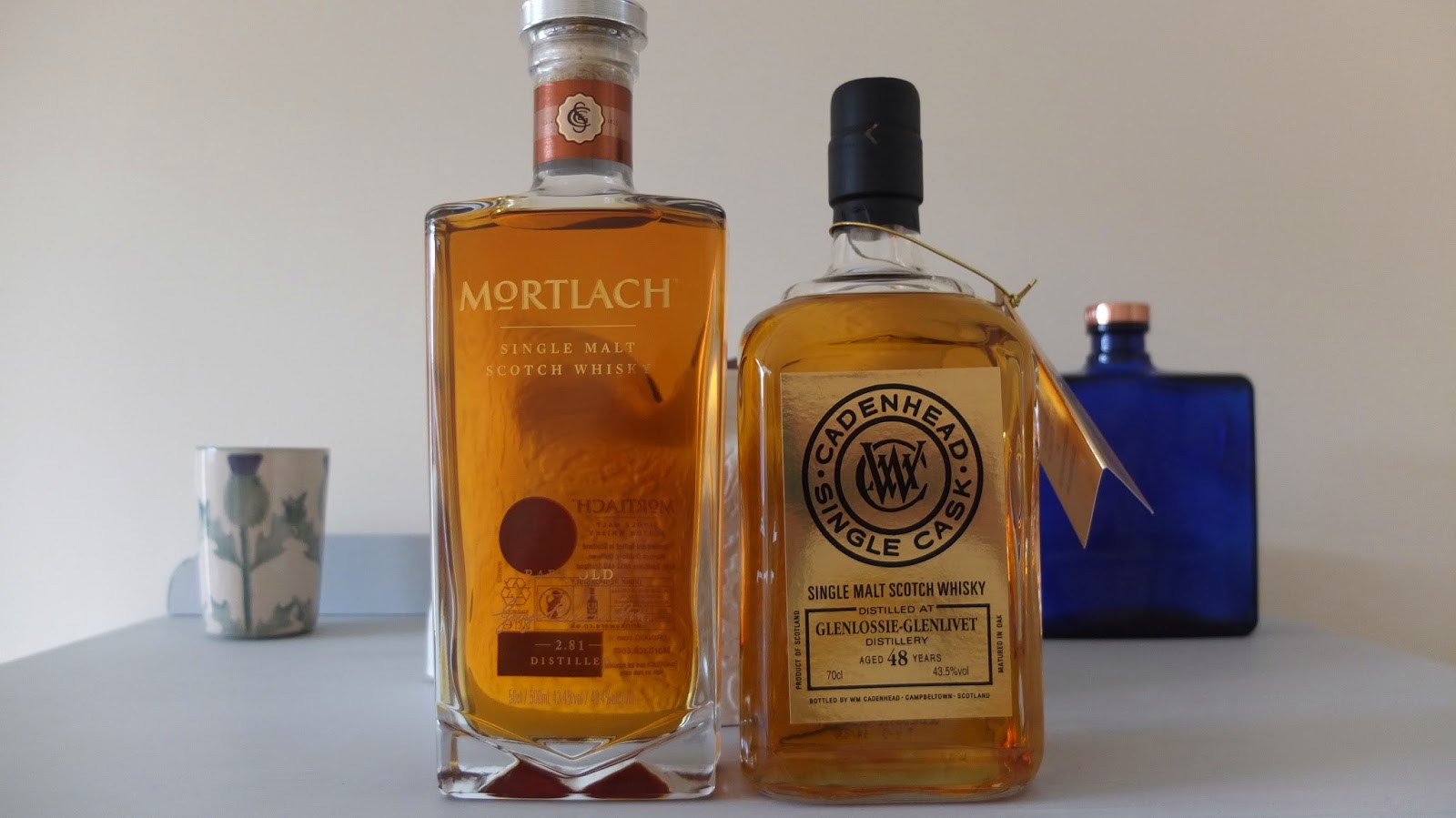 There are varying extremes of what both 'rare' and 'old' constitute and I could have pictured other bottles to highlight more potent examples. For an industry wrapped up in legislation and rules it always remains a surprise that such words and phrases are open to abuse by those that seek to gain from such manipulation. This is marketer spin trying to create a false expectation encouraging the consumer to trade-up.

Based on the above equation, a 70cl of this release is pitched around the same pricing level we see from the annual special Ardbeg release or the Macallan Sienna, which are both NAS. This is a competitive market but some of the best examples of NAS releases such as the Aberlour A'bunadh are significantly cheaper and arguably more limited. Throw in the consideration of ABV and the A'bunadh is a more prolonged experience as water is required (being cask strength) and shipped in a standard 70cl bottle size. The Mortlach range with the exception of the travel exclusive will have to be liberally sprinkled with water, if at all.

Ultimately this is a fascinating launch by Diageo and will be keenly watched by consumers, enthusiasts and industry rivals. Originally I was intending to move onto the merchandise right now however this piece is too long for tasting notes. Instead expect the first of the Mortlach's to appear on Whisky Rover next week.
Email Post
Labels: diageo mortlach nas premiumisation rare old review taste the haig club